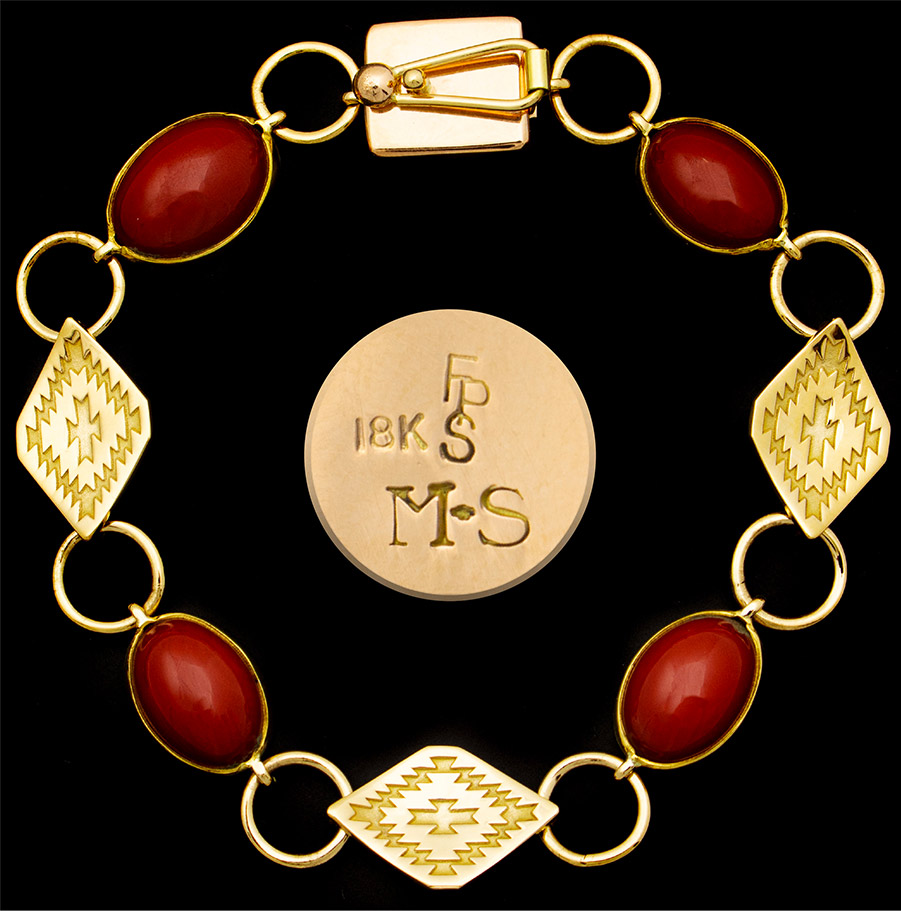 Thirty years ago, Medicine Man Gallery owner Mark Sublette found an 1840s New Mexican Saltillo blanket that had a unique chevron design woven into it. The geometric form, the history in the fibers, the subtle colors—it was captivating.  “That simple design represented the Southwest to me,” Sublette says. “It became my banner. It became who I am.”

Sublette is now using that chevron design, which is also the logo for the gallery, as the central motif in a new line of jewelry that he is designing and will soon be unveiling in November at his gallery in Tucson, Arizona. “The concept was to do some jewelry that spoke to the designs I like. It’s not Native American jewelry, because I don’t want to take away from what they’re doing. These are pieces that speak to the Southwest,” he says. “You’ll see the colors of the Southwest, the designs of the Southwest, and I also want all those great natural components, including high-end turquoise, jet, abalone, coral. We’re going to set them in silver and gold and then use the chevron design the same way Gucci or Chanel use their logos, as an element of the design.”

Helping Sublette on this new jewelry line is Tucson artist Sam Patania, a third-generation craftsman whose work, including pieces by his father and grandfather, is in the Smithsonian collection. “I’m telling Sam what I want to do and then he tells me if it can be done or not, and then he does it,” Sublette says. “I’ve been carrying his own work in the gallery, so I know what he can do and I’m happy to be working with him.”

Patania, whose grandfather started the Thunderbird Shop in Santa Fe, New Mexico, in 1927, has worked around jewelry his entire life and was comfortable with the materials Sublette was bringing him and requesting. “The first designs were for 18k gold, but also high-end turquoise and coral. The stones are beautiful, just really quite impressive and rare. They will be the stars of the show, and then flanked or on top of the chevron design,” Patania says, adding that in addition to traditional methods of creating jewelry, he will also be using laser engraving and more modern fabrication methods. “Rings, bracelets, earrings, pendants...we have designs for all kinds of pieces. There are few people I could be doing this with. Mark has strong opinions about jewelry, but so do I because I’ve been doing it for 45 years. It’s been fun partnering with him. He’s amazing to work with because he’s also pushing me in a different direction than I would normal go.”

Patania says there has been some pandemic-related delays when it comes to acquiring materials, but so far they are on track for a Thanksgiving release. The jewelry line will include higher-end, one-of-a-kind pieces—made with turquoise such as Pilot Mountain, Bisbee, No. 8, Morenci, Bisbee and, down the road, Lander and Lone Mountain—that will cater to the top-tier jewelry collectors, but they will also be offering pieces that will appeal to a larger collector base.

“My goal is to make modern Southwest designs,” Sublette says. “It’s a simple concept, and then in each piece using the chevron as the basis for creativity.” 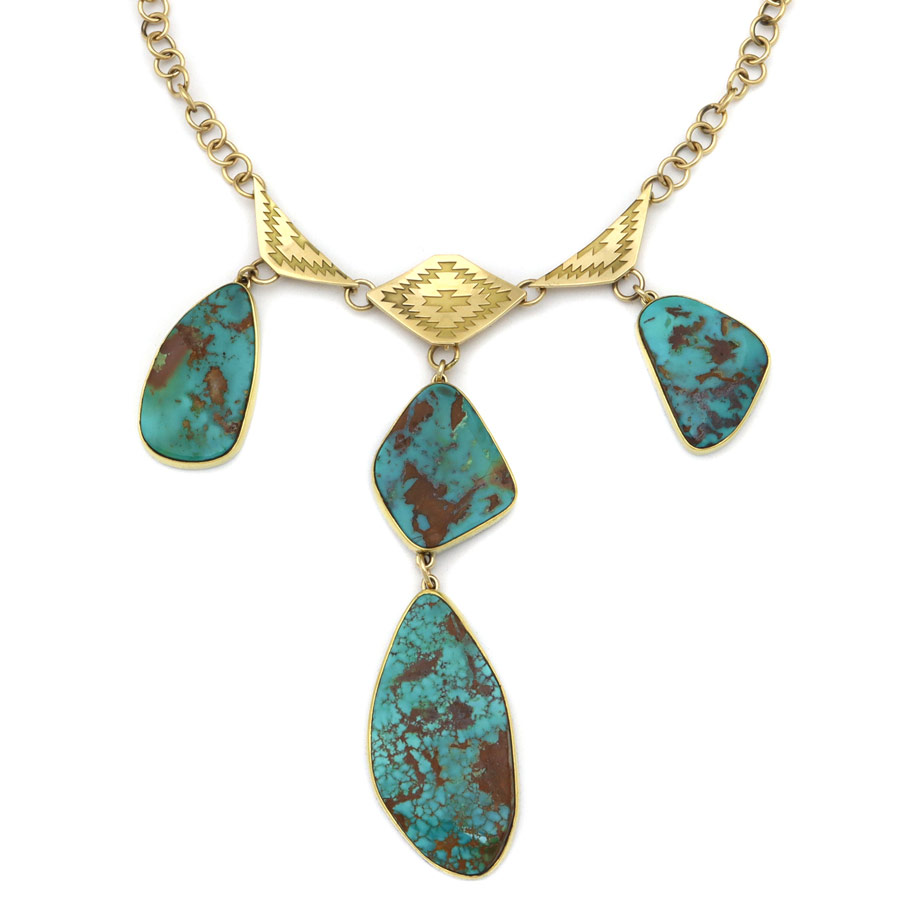