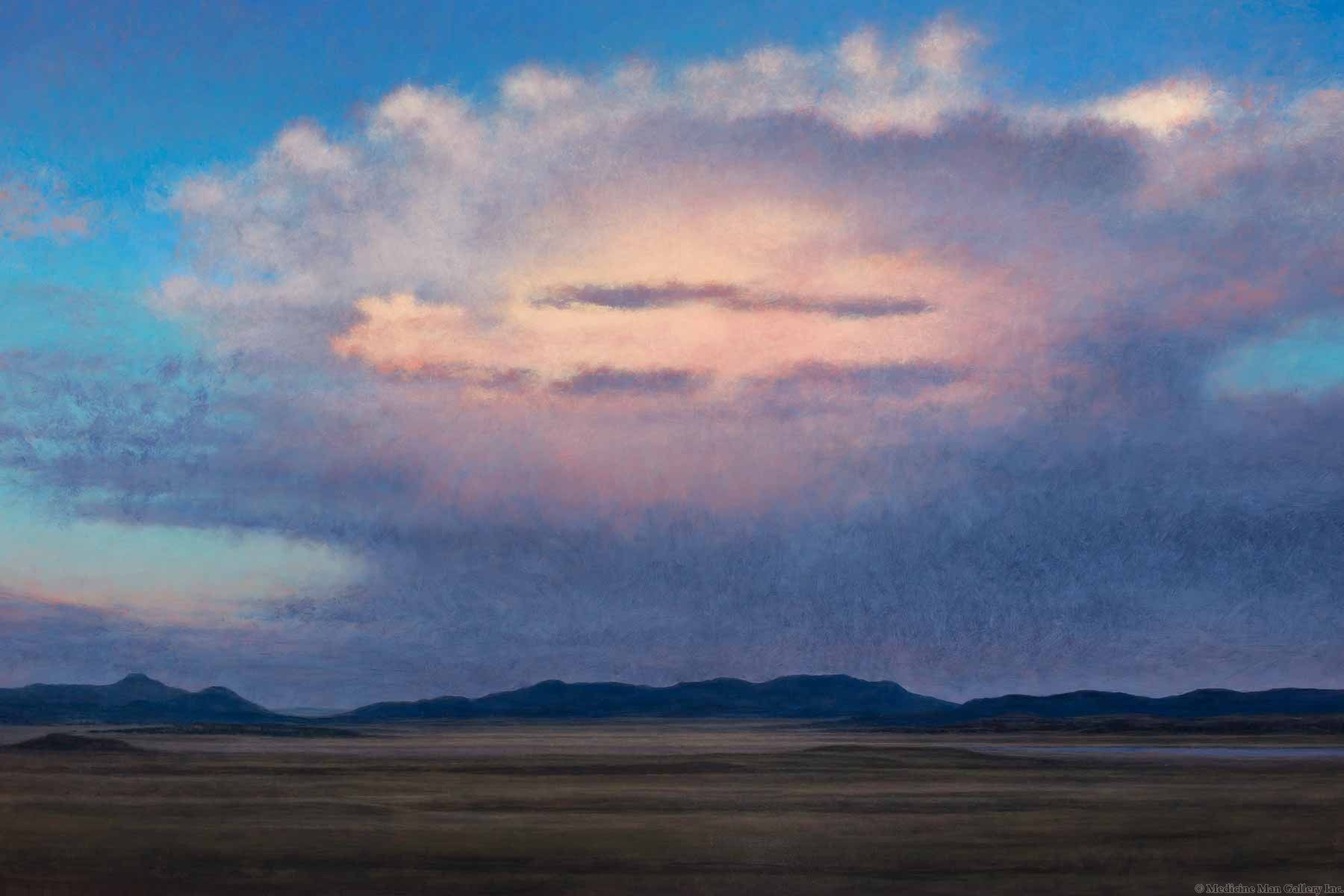 An important distinction exists, however, in his latest exhibition of 14 small-scale paintings opening February 26th at Medicine Man Gallery.

“Unusual for this show, there are a few pieces that are invented, paintings that I put together out of my head because I have such a familiarity with the places,” Aeling said. “I’m doing that more. Those paintings have a more interior feel to me, they’re more paintings of perception strictly in your mind.”

Unable to roam the backroads in Colorado where he takes much of his inspiration from due to COVID-19 travel concerns, the 63-year-old Aeling relied instead on countless hours previously spent observing the state’s natural beauty.

Aeling’s family moved to the Denver area in 1971. In addition to his time living there, over the decades he has taken thousands of photographs and drawn hundreds of informal “composition diagrams” on past painting trips in the state.

Nothing of the finished product has been sacrificed as a result of not having been there during the past year. 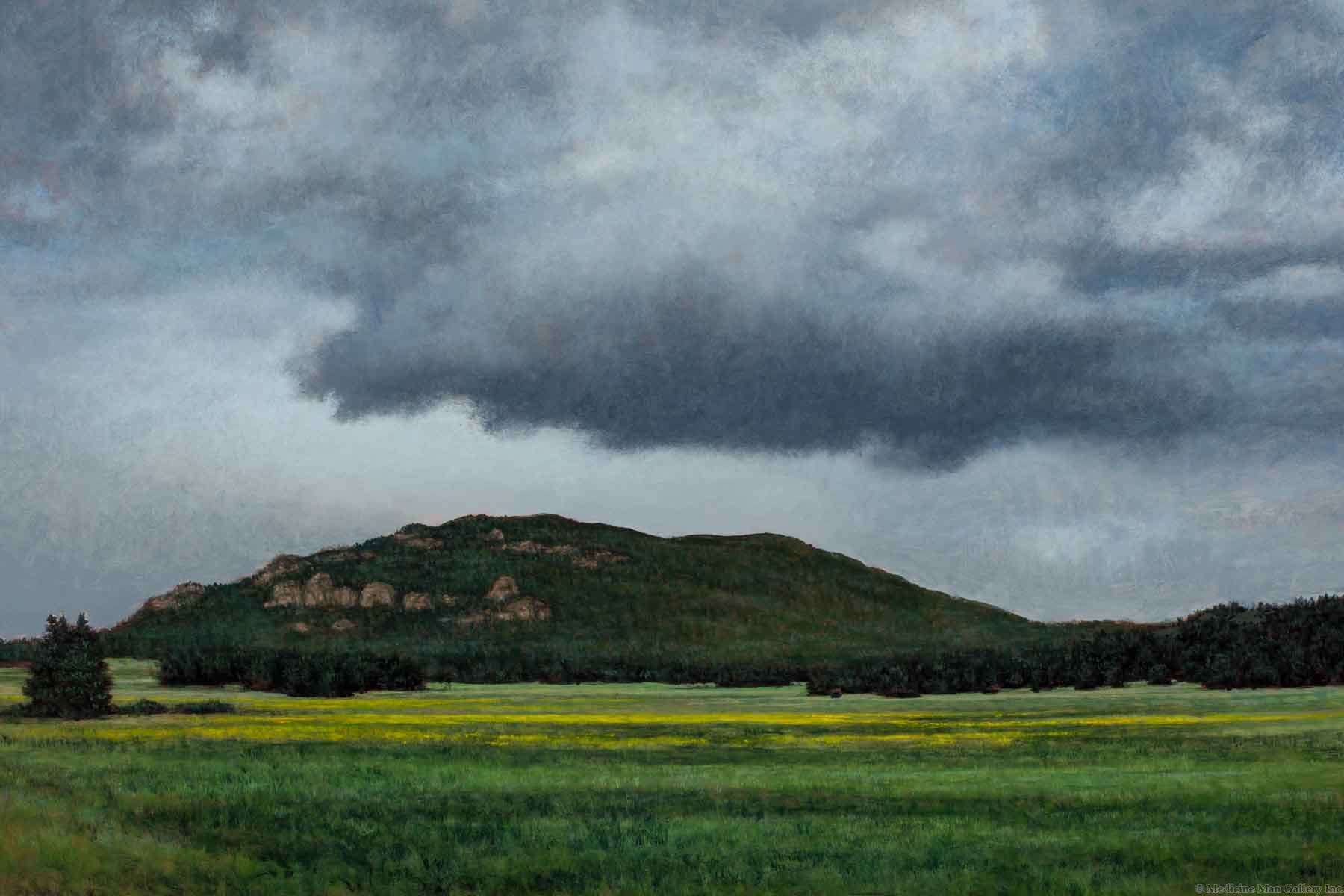 “I’m a studio painter, I’m not an outdoor painter,” Aeling explains. “I’m not sitting (on site) sketching. The kind of stuff that I paint, you can’t sketch, it happens too fast.”

The momentary atmospheric conditions Aeling masterfully captures in his paintings may happen fast, but his imagery finds inspiration from deep time.

“For me it’s always been about the relationship with the sky to the landforms. It’s not immediately visible. Geologic time is so slow,” Aeling said. “To a great extent, what you see in those landforms is a result of what the sky does, day after day after day, for sometimes millions of years. The wind, the sun, the rain and the drainage of the water. The two things (land and sky) are intimately related. That’s one of the reasons why that solid, brilliant blue sky is less interesting to me, because it’s harder to find that connection between the two.”

Moody. Awesome. A hint of foreboding.

When Aeling finds such a place, when his hours of windshield time scouting locations are rewarded, he springs into action.

“If the light is interesting, if there’s interesting things happening in the sky that relate to what’s happening in those landforms, I'll stop, I’ll shoot a ton of photographs – tons and tons – not just of the particular view that I’m looking at, everything around it, the whole field of the setting itself,” Aeling notes. “I may shoot in the opposite direction. I may shoot plants that are on the ground. Just anything that gives me a sensation, that creates a record of the feel of the place.” 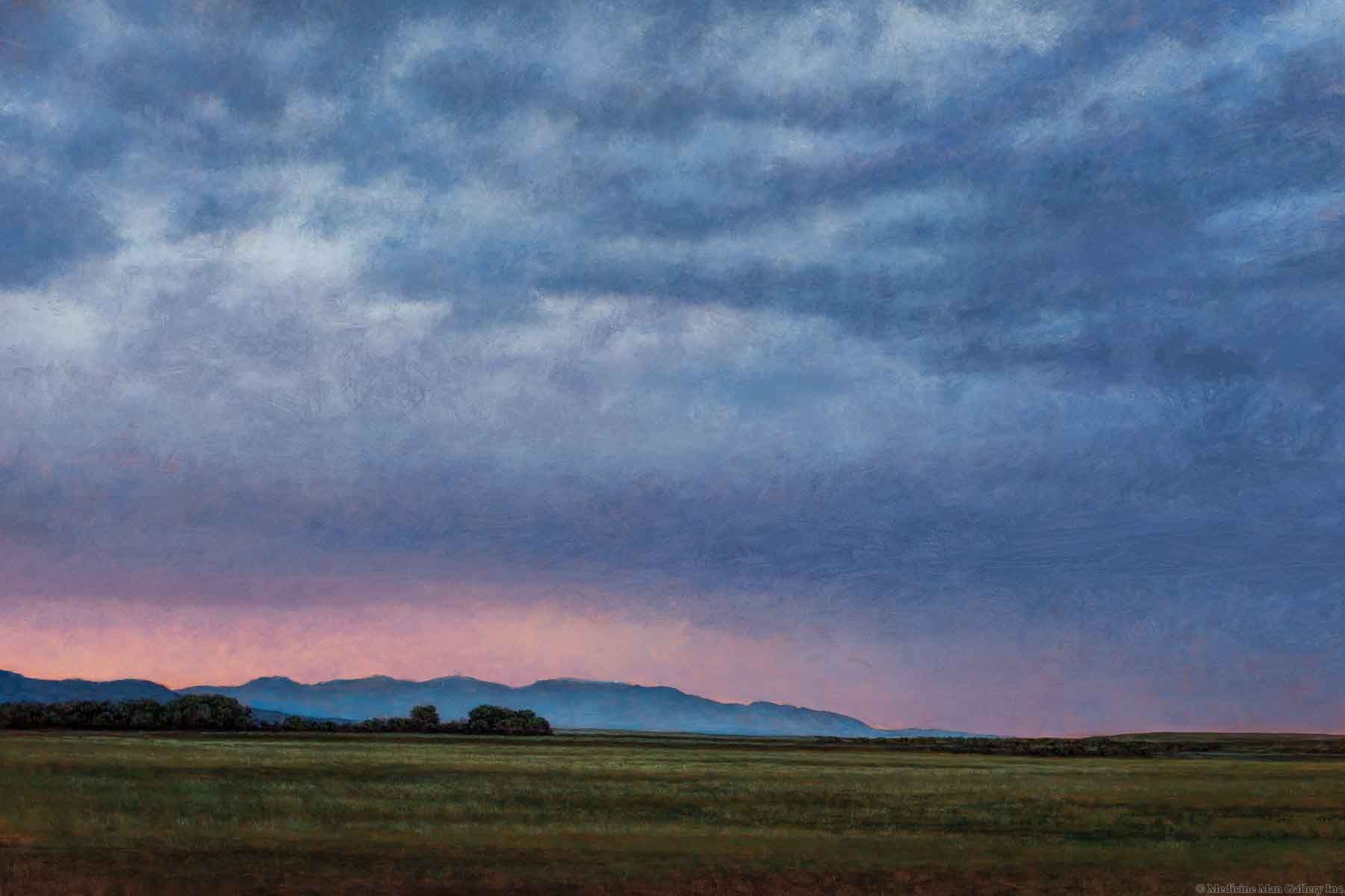 After 45-years of painting, Aeling often finds himself looking to other artforms for enjoyment now. Literature. Music. Film. He signals out director David Lynch as particularly remarkable to him.

Irrespective of medium, Aeling’s “acid test” for quality and relevance comes down to an artist and an artwork’s ability to evoke strong, emotional responses.

How does he know when he has achieved this?

“I figure if it’s deeply affecting to me, and I’m not so different than anybody else, if I make a thing that is satisfying for myself, it will inevitably be satisfying for someone else,” Aeling said. “Part of that satisfaction is communicating that feeling of revelation, that feeling of, ‘Holy Shit! What the hell’s going on there?’”