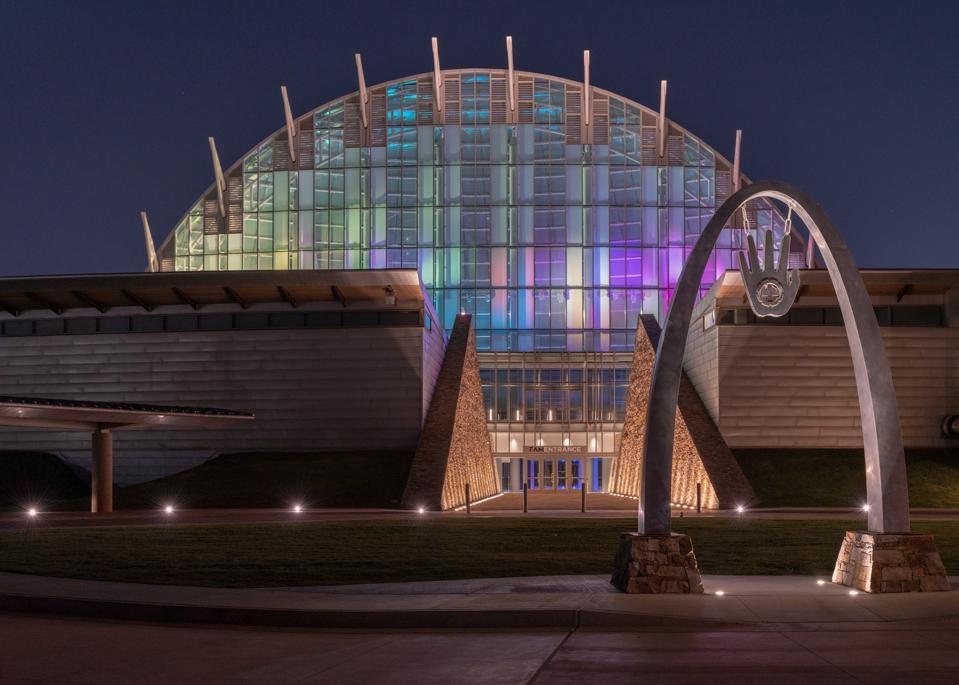 When the First Americans Museum in Oklahoma City, Oklahoma opened on September 18, 2021, it did so welcoming all. It welcomes Native Americans as family. It welcomes non-natives as guests. Both warmly, but there is a difference.

Make no mistake, non-native visitors to the museum are guests. The invitation to explore is open, but they are not in charge. They are not telling the story. It’s not their space.

That’s a dramatic change from the colonial history of institutional storytelling in America where for over 100 years white people have been telling the Native American story in museums.

The First Americans Museum represents the first time Native Americans will be telling the Native American story on this scale without the overbearing presence of non-native curators, board members, or directors. This is the actual story of Oklahoma’s Native population–all 39 tribes who now call it home, the 31 who were relocated here from points across America and the eight either indigenous to the area or having a historical connection to it–as told by those who lived it. 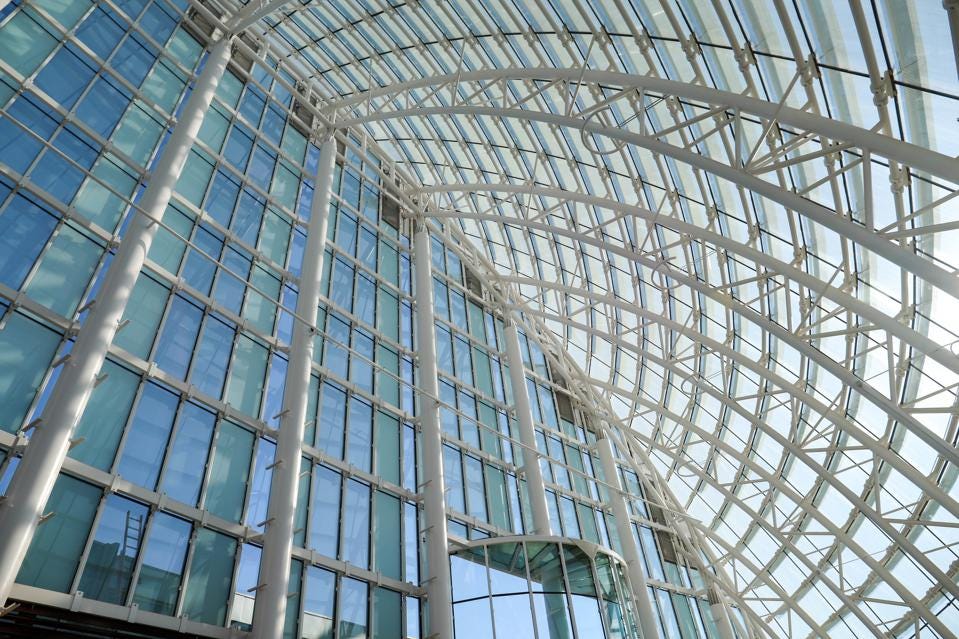 The museum shares a story impossibly large to tell in one space at one time by making those stories small and personal, relating them to individual experiences representative of thousands.

This is not the ethnographic museum of natural history from your grade school field trips with lifeless, mannequin-filled dioramas of “Indians” in teepees shooting buffalo from horseback with bow and arrow. The First Americans Museum combines cutting edge technology with a millennium’s old story continuing today. Unlike those natural history museums in which Native history ends with removal and relocation in the 1800s–the traditionally colonial, Euro-centric perspective–at FAM, Native culture remains as vibrant and deserving of attention today as it ever has.

Start at the Beginning

Oklahoma was Indian Territory prior to its statehood in 1907. The state’s name comes from two Choctaw words “Okla” and “Homma” meaning Red People. This was the Trail of Tears’ terminus and where land–over 40 million acres–was supposed to be occupied by Native people forever without the interference of whites. That’s what the treaty said. One of hundreds which would be broken by the United States government.

FAM, however, doesn’t dwell on trauma. It deftly balances the horrors Native people have faced at the hands of white people, with ancestral Native history, contemporary Native history, and the achievements and glories of the 39 tribes.

“The reason that we started everything with our origin stories is because they lay out instructions,” Leslie Halfmoon (Caddo/Deleware/Choctaw), FAM’s Curatorial Specialist, told Forbes.com. “Here's how you get through everything. Here's all you need. These are your sacred elements; this is your medicine. This is how you treat each other. These are these values you lean into during tough times.”

“During these horrible turbulent times of genocide and removal, allotment–all of these terrible policies that we've been through–(Native) leaders leaned into these values and they looked far ahead, seven generations ahead,” Halfmoon explained. “Thinking that far ahead, that's the only reason that we're here today. While there are some very low, extremely tough parts (of Native history), we really wanted to reiterate the positive, that's how we’ve gotten through everything all these years.”

“It makes me feel like a part of the Native community that's been here in Oklahoma and, one way or another, you're influenced by all these Natives,” Hardridge told Forbes.com about being involved in the project. “To have an institution like FAM tell their story in their own way, and not by someone who's assuming the story, but coming from their experiences and their lineage, it makes me feel like I'm a part of the whole.” 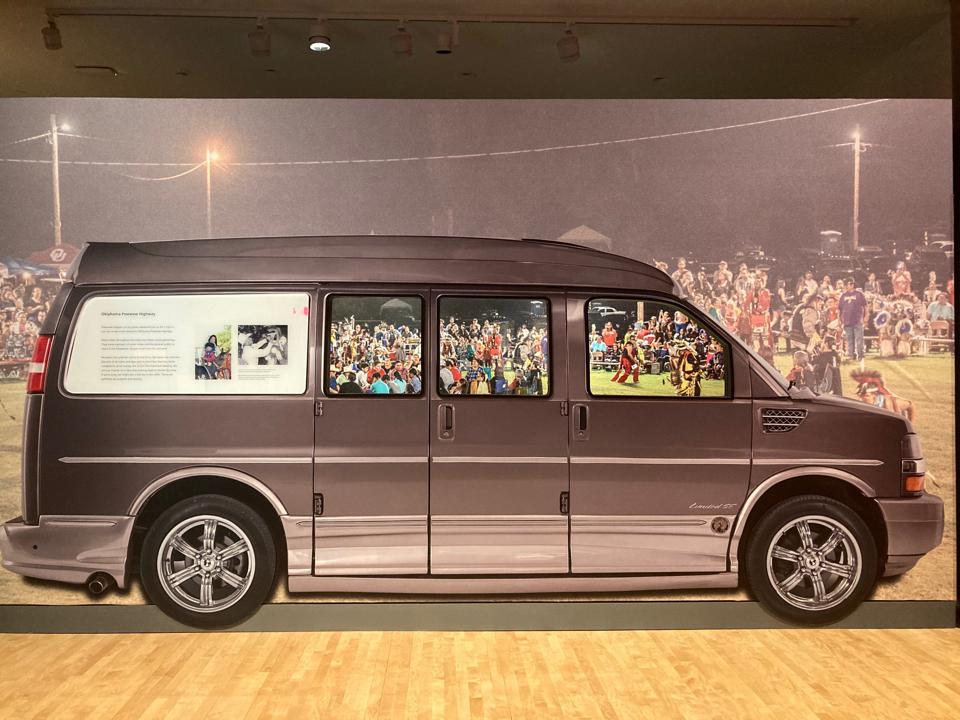 From the outset, FAM wanted its presentation of Native history to prioritize stories over objects. First-person narratives told, when possible, by those who experienced them.

“This place was founded on stories. We weren't a collecting institution, but we had stories–a lot of them–and that's why we needed a place to share our stories and these voices and our experience and perspectives through the triumphs and the tragedies,” Halfmoon said. “That's completely backwards in the museum world. Generally, with a museum, you have a selection of objects, and then you talk about them a little bit and that guides a visitor, but (FAM) is different in that it is story driven. What we wanted to do was have a one-on-one conversation, we wanted to put our own voices, our own community members out front, to share their own perspectives and experiences with visitors, which has never been done before.”

Examples of institutional “never been done before” at FAM are too numerous to mention and start with its all-Native curatorial staff. That resulted in an entirely different method of putting the museum’s exhibitions together. Curators honored indigeneity and tribal protocols. They understood those protocols and knew how to approach tribes and elders and ask their blessing to bring their stories into the museum. Curators received permission to tell origin stories.

There are no human remains or funerary objects at FAM. They don’t belong at FAM or in any museum according to Native American beliefs.

FAM’s second story exhibition presents objects collected by the Smithsonian Institute in Oklahoma during the early 1900s. The extraordinary items were not stolen, but their acquisition from Native people facing destitution on reservations in exchange for paltry sums is dubious at best.

The material has made its way back to Oklahoma from the Smithsonian’s National Museum of the American Indian for the first time, taking on a vibrancy and meaning it didn’t possess stored away in drawers and cabinets at the Smithsonian.

Research conducted by FAM’s staff has astonishingly reunited multiple objects with descendants of their original owners.

“You get a sense that the pieces in the exhibits are living, that they have a history and that they're connected with living people now,” Hardridge said of the exhibition. “The way they've outlined everything and labeled everything, that brings more meaning and understanding, not only to the Native eye, but to non-native people as well.”

The items are displayed in three successive galleries, the first and third curvilinear, reflecting Native design which doesn’t feature right angles; lighting mimics the rising and setting sun. In these galleries, the objects are presented according to Native perspectives.

The middle gallery displays artifacts under the harsh glare of overhead lighting, square and rectangular boxes and cases stiffly dehumanize the items. This is how they were kept at the Smithsonian. The contrast is remarkable and insightful as to why FAM’s approach to the Native story is essential.

The histories of 39 distinct peoples come together under one roof at FAM. The results prove magnificent, providing an intimate, authentic view into Native cultures utterly lacking at institutions curated by outsiders. 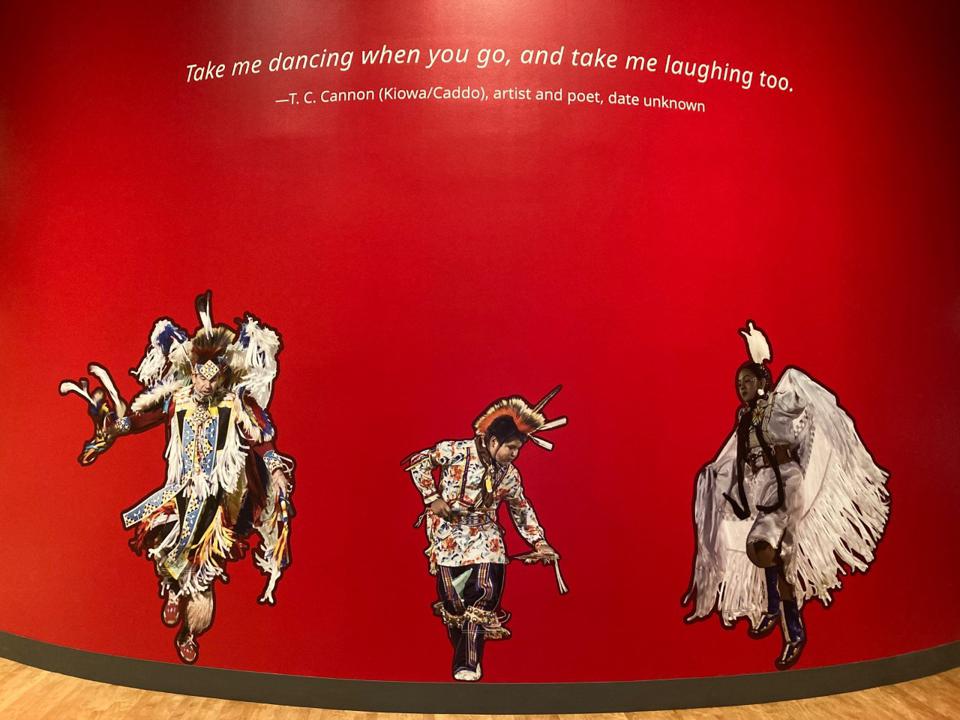