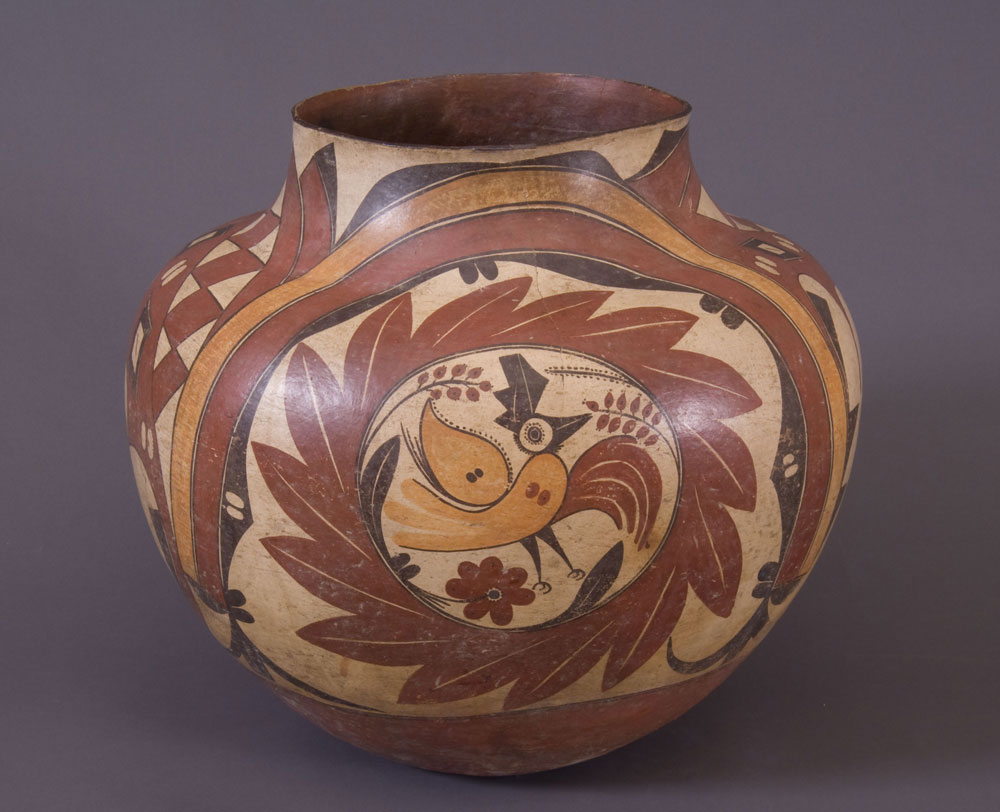 Dr. Albert C. Barnes (1872–1951) stands as one of the most visionary, prolific and eclectic art collectors in American history. He’s best known for assembling one of the world’s most important private collections of Impressionist, Post-impressionist, and Modern paintings. The Barnes Foundation, which he chartered in 1922 to teach people from all walks of life how to look at art and which continues his work today, holds the largest collection of paintings by Cézanne. And Renoir.

Not to be overlooked are the Pueblo and Navajo pottery, textiles and jewelry he amassed during three separate visits to New Mexico.

That portion of the collection takes center stage during “Water, Wind, Breath: Southwest Native Art in Community,” an exhibition of historic and contemporary Southwest Native art, the Barnes’s first dedicated to Native American art, on view in Philadelphia from February 20 through May 15, 2022.

Barnes initially traveled to the Southwest for the health of his wife, Laura. On their first trip in 1929, the couple was hosted in Taos by American art patron Mabel Dodge Luhan and her Pueblo husband, Tony Lujan, who introduced them to artists and activists defending Native rights to land and religious practices.

One of those threatened religious practices was ceremonial dance. Barnes attended a Pueblo winter deer dance that had a dramatic impact on him.

“He saw dozens of dancers dressed in the woven garments and wearing the jewelry – the shell and turquoise jewelry – in dance, accompanied by drumming. He saw the food in pottery bowls. He saw all of that art in action – in its living setting – that had a profound effect on him,” exhibition co-curator Lucy Fowler Williams, associate curator-in-charge and Jeremy A. Sabloff Keeper of American Collections at the Penn Museum of Archaeology and Anthropology, Philadelphia, says.

“That expression of culture and religion, to see that, the depth of that, that it was still alive at that time, it still effects people today when they see that, they don’t realize it’s still around,” exhibition co-curator Tony Chavarria (Santa Clara Pueblo), curator of ethnology at the Museum of Indian Arts and Culture, Santa Fe, says. 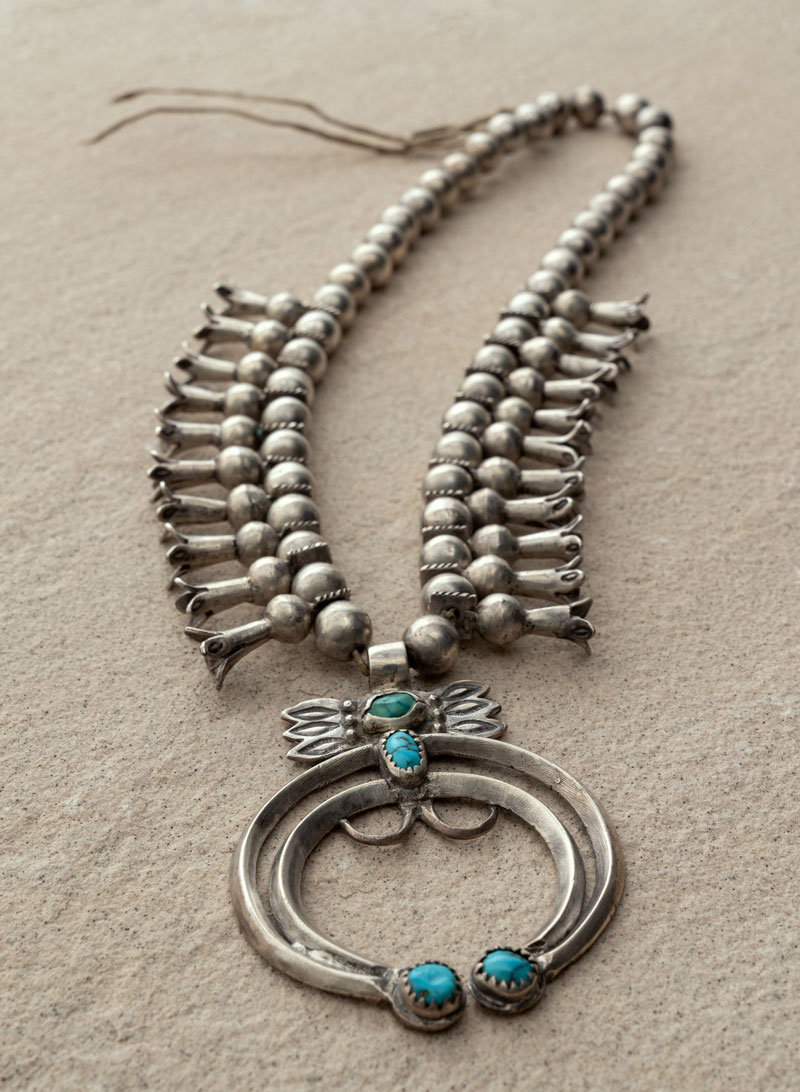 “It describes the feelings, the emotions he felt, and how his senses were heightened visually. The rhythm of the dance. He (writes) about it as being a really moving experience for him. He invites Matisse to come and see a dance. He wishes he had been there with him,” Williams details of the letter. “You can tell he felt a part of that dance. That’s what happens when you’re an observer or a guest there at the Pueblos, right there on the plaza, right next to the dancers. We can imagine how he felt. It really moved him.”

While short, the remarkable sentiment inherent in Barnes’ letter to Matisse encouraged the curators to heavily feature objects related to dance in the exhibition. Obvious are a print illustrating a Pueblo women dressed in regalia, woven textiles associated with dance, garments worn historically and in dances today, shell jewelry Pueblo individuals wear when dancing. More subtle is the dance-related iconography repeated on jewelry, garments and pottery.

“It was quite a beautiful letter when you compare it to all his other letters that are straightforward and abrupt,” Williams explains. “I think it really did change him. That experience, as he said, moved him quite dramatically.” 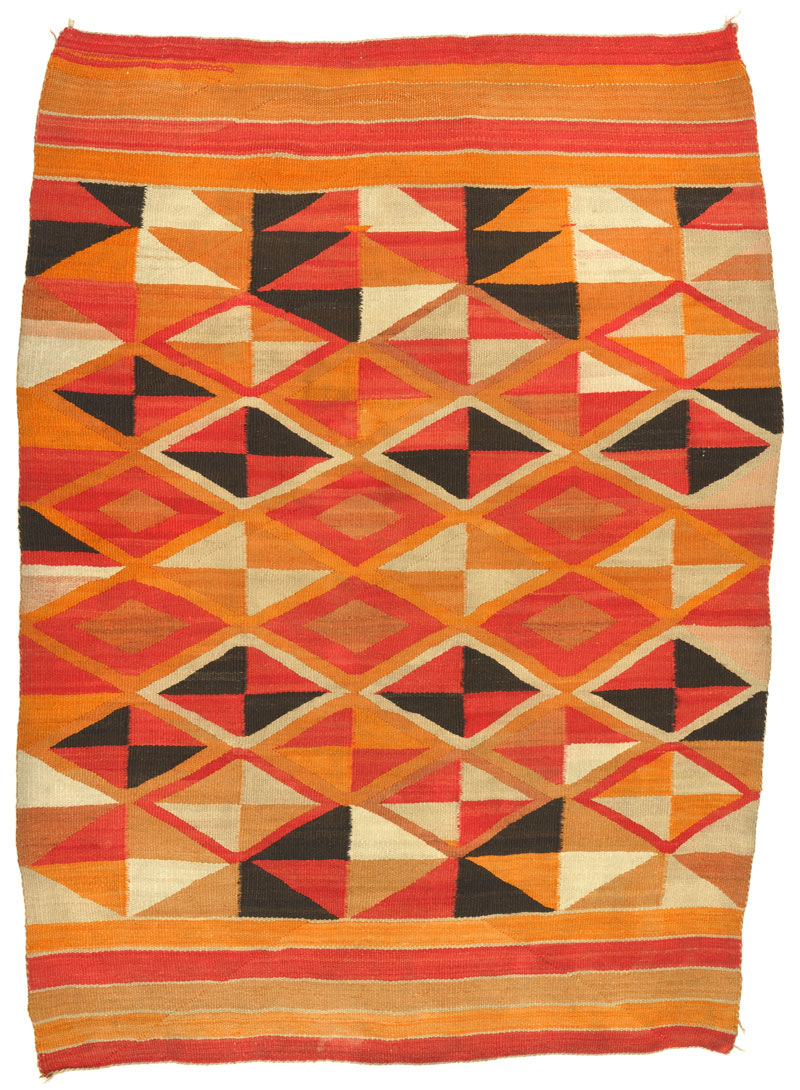 Further archival correspondence reveals Barnes’s relationship with leading figures at the time who influenced his collecting, including artist Andrew Dasburg and archaeologists Kenneth Chapman and Jesse Nusbaum (then director of the Museum of New Mexico), along with prominent traders across the region.

For all his interest in paintings, what appealed to Barnes most on his trips to the Southwest, the last of which occurred in 1931, were functional art objects.

“He saw art being used in life. He described it as ‘the Native people’s art life,’” Williams says. “What really excited him was to see this art in use. This was an experience that was really stimulating to him.”

The Barnes’ put Navajo rugs on the floors throughout their home and offices. Laura Barnes was photographed wearing Native jewelry.

“They had a different sense than the anthropologists at the time who were generally collecting to preserve because they felt the Native cultures were disappearing. While Dr. Barnes may as well have had that sense, he also collected and used the material – a very different approach to the preservation approach,” Chavarria explains. “This connected with his own ideas of creativity and creating beauty; it spoke to him personally. He was very interested in process and art production and creating beauty of his own in his home with his collection as he kept rearranging and changing his galleries; I think he was more in tune with process and use of art and seeing it in that lived context.”

The objects he collected reflect this.

“He didn’t just go for the strict, clean, aesthetic pieces,” Chavarria says. “He wasn’t afraid to buy things that showed use, things that weren’t made just as art objects, but did have a role in the home communities.”

Roughly 100 objects are on view in the exhibition including pieces of Pueblo pottery, Navajo textiles and Navajo and Pueblo pieces of silver and jewelry.

Barnes didn’t stay with the collecting of Southwest Native Art. When he stopped visiting New Mexico, the further removed he became from the dance, his interests went elsewhere. In fact, aside from what he acquired during his few visits to Taos, his collection features only a handful of other Native American artworks.

All the more revealing about the impact witnessing the dance had on him.