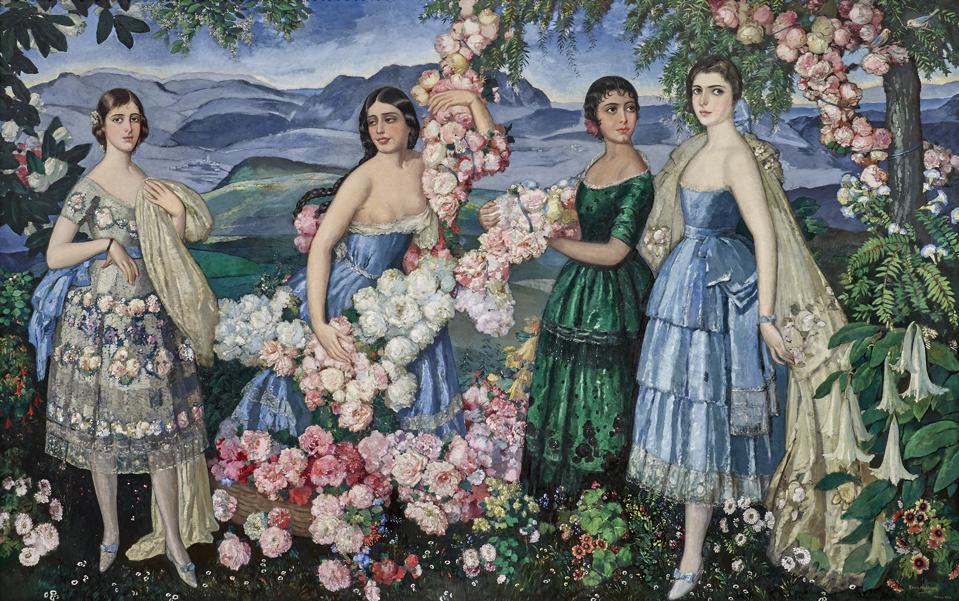 Art museums have made the best of mandatory Covid-19 closures by moving their treasures and exhibitions online, and the digital exhibition DMA produced for Flores Mexicanas stands as one of the best, still, when rendered flat in pixels, in two dimensions on a tiny screen, the extraordinary becomes something much less.

“There is something special about being in the presence of a great work of art,” Dr. Mark Castro, Jorge Baldor Curator of Latin American Art at the Dallas Museum of Art, told Forbes.com. “Seeing a photo of this painting versus seeing it in person is like listening to your favorite music in your living room versus seeing it performed live by the musician–the music is the same, but the experience of it is totally different.”

All of that is lost in the translation to “virtual.”

With the DMA reopened, the full majesty of Flores Mexicanas can again be appreciated.

“There is such a feeling of luxury in this work… and it really dominates the space around it,” Castro said. “There are aspects of the painting that don’t come across in reproduction–the texture of the brush strokes for example, and its overwhelming scale when you stand in front of it.”

As extraordinary as the painting itself, its backstory reads like a movie script.

Mexican President Emilio Portes Gil gave the work to famed aviators Charles and Anne Lindberg on the occasion of their wedding in 1929. The couple met in Mexico City. The Lindberghs later entrusted Flores Mexicanas to the Missouri Historical Society, where it remained off view and, astonishingly, forgotten. Recently rediscovered, brought out of storage and conserved, Flores Mexicanas returned to public view in the summer of 2019 for the first time in 87 years.

How is that possible?

“Museums often care for thousands of objects and over years–really decades–if they are not being actively studied, exhibited, or loaned to other institutions, the work can be forgotten, even though it is still right there in storage–almost like the things many of us keep in our attics,” Castro said.

The painting depicts four sumptuously dressed women in an idyllic landscape, surrounded by luscious flowers. It has been interpreted as a representation of Mexico’s diverse racial heritage as well as an allegory of the four seasons.

Martinez worked on the painting for nearly fifteen years, beginning it during the Mexican Civil War and it, “In many ways feels like an ode to a period in his life, and in the history of his country, that was ending,” Castro explained. 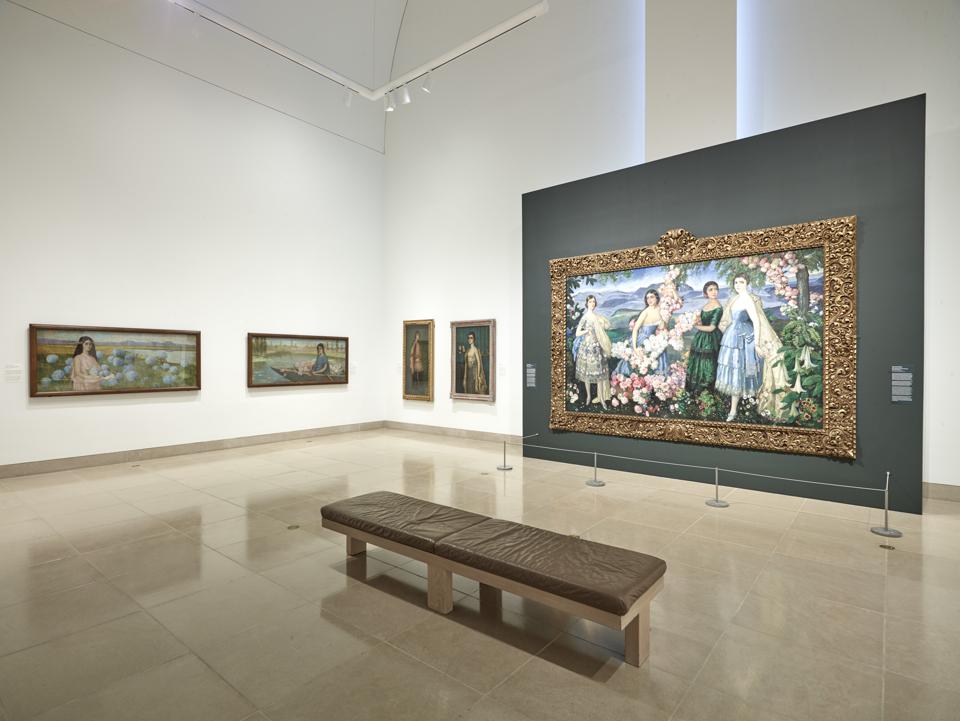 The painting Flores Mexicanas takes center stage in a broader exhibition of Mexican Modernism. An adjacent gallery will feature a selection of works by some of Mexico’s most celebrated Modern artists including paintings by María Izquierdo and Diego Rivera and works on paper by Frida Kahlo, Francisco Dosamantes, and David Alfaro Siqueiros.

In some works, images of women are used to address common themes in Mexican post-revolutionary art, including politics, indigeneity, labor and rural life. At the same time, self-portraits and other works by women artists assert the role of the new modern woman in Mexico and her contributions to the creation of Mexico’s new national identity.

It’s a whopper of an inaugural show for Castro who became the DMA’s first Curator of Latin American Art in late 2019. The position was established as part of an expanded commitment to researching, showing and acquiring art from Latin America.

“To tell the stories of these objects well, we need specialists who are familiar with the specific contexts in which they were created, and who seek to understand their historic meaning as well as their relevance to contemporary society,” Castro said. “If you don’t have specialists in certain areas, such as Latin American art, acting as advocates, it is also possible that the stories of those people and places won’t always get the attention they deserve.”

Beyond this exhibit, Castro eyes a simple, yet challenging, goal in his role at the museum.

“I’d like to tell stories that change the way people see the world and their place in it,” he said.

“Flores Mexicanas: Women in Modern Mexican Art” will be on view through January 10, 2021. Flores Mexicanas will then travel to the National Museum of Art in Mexico City.