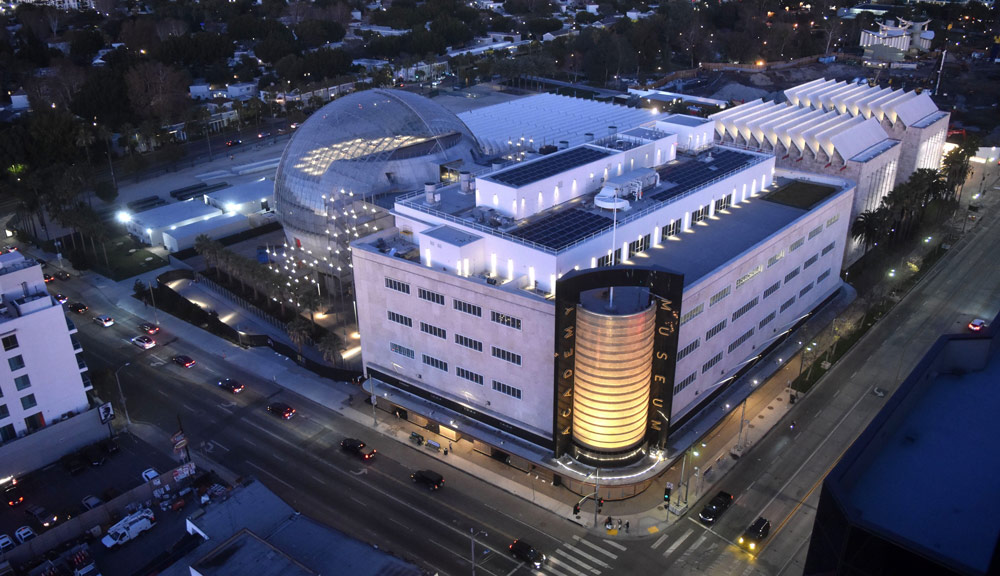 Hollywood’s latest blockbuster is the movies themselves. When the Academy Museum of Motion Pictures opened to the public on September 30, it did so following a proven script – so to speak.

Inside the seven-story, 300,000-square-foot museum at Wilshire Boulevard and Fairfax Avenue in the heart of the Miracle Mile, public spaces are named after Sidney Poitier and Shirley Temple.

The museum announced its pre-opening fundraising campaign in 2012 and in November 2020 announced that it had exceeded its goal of $388 million.

Within the 30,000-square-foot core exhibition, “Stories of Cinema,” the Director’s Inspiration gallery features Spike Lee, drawing from the Academy Award-winning director’s personal collection of objects, such as a guitar owned by Prince, with whom he collaborated. Informed by Lee’s own account of the creative process, the gallery considers his body of work and the inspiration behind some of his most iconic titles.

That’s “Bruce,” the shark from Jaws, hanging over visitors.

Hanks has been prominently out front of efforts to fundraise and promote the museum.

Pritzker Prize-winning architect Renzo Piano designed the campus which includes a fabulous renovation and expansion to the 1939 May Company Building, now renamed the Saban Building in honor of benefactors, and the new, adjoining, glass-and-concrete spherical addition which soars in adding drama to the L.A. skyline.

Acclaimed filmmaker Hayao Miyazaki takes centerstage for the museum’s first temporary exhibition which features approximately 400 objects from each of his animated feature films, including My Neighbor Totoro (1988) and the Academy Award-winning Spirited Away (2001). Visitors travel through the filmmaker’s six-decade career via a dynamic presentation of original imageboards, character designs, storyboards, layouts, backgrounds, posters, and cels, including pieces on public view outside of Japan for the first time, as well as large-scale projections of film clips.

The L.A. Times received a sneak peak of the museum and raved.

This blockbuster has something for everyone.

Something for the adults. 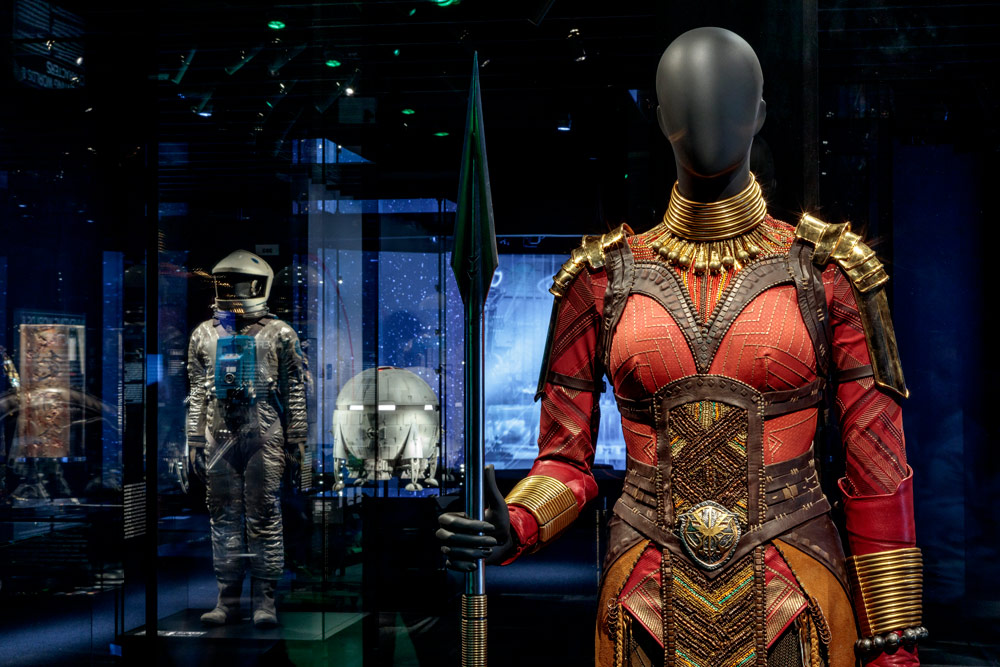 In the makeup and hairstyling section of the Identity Gallery, visitors will see Rick Baker’s King Kong (1976) skin test; a section on Charlize Theron’s transformations in Monster (2003), Mad Max: Fury Road (2015), and Bombshell (2019); plaster life casts for Grace Kelly, Clark Gable, Mel Brooks and Don Cheadle; makeup charts and cards for Kirk Douglas, Marilyn Monroe, Sessue Hayakawa, and Whitney Houston; continuity references for Frida (2002) and The Joy Luck Club (1993); and a case study on Dolemite is My Name (2019). The Identity Gallery will also explore examples of how hair and makeup have been used to perpetuate racial stereotypes in film.

The museum has installed The Pixar Toy Story 3D Zoetrope on the fourth floor. Pixar built a giant zoetrope that featured beloved characters from the Toy Story (1995) film. They began by mounting 214 Toy Story maquettes, each posed in a sequence of postures, on a turntable. As the table turns and strobe lights flash, the characters come to life: Woody and his horse Bullseye buck past in one direction; Buzz rolls by on a Pixar ball in the other; Jesse the cowgirl, from Toy Story 2, dances inside a lasso; and army men parachute from the sky as three-eyed aliens wave and play.

Additionally, the museum draws from the unparalleled collections of the Academy of Motion Picture Arts and Sciences, which contains a vast range of motion picture production and history-related objects and technology, works on paper, and still and moving images covering the history of motion pictures in the United States and throughout the world. The collections of the Academy’s Margaret Herrick Library and the Academy Film Archive include more than 13 million photographs; 250,000 film and video assets; 91,000 screenplays; 66,500 posters; and 138,000 pieces of production art.

Not even the Marvel Universe has such breadth. 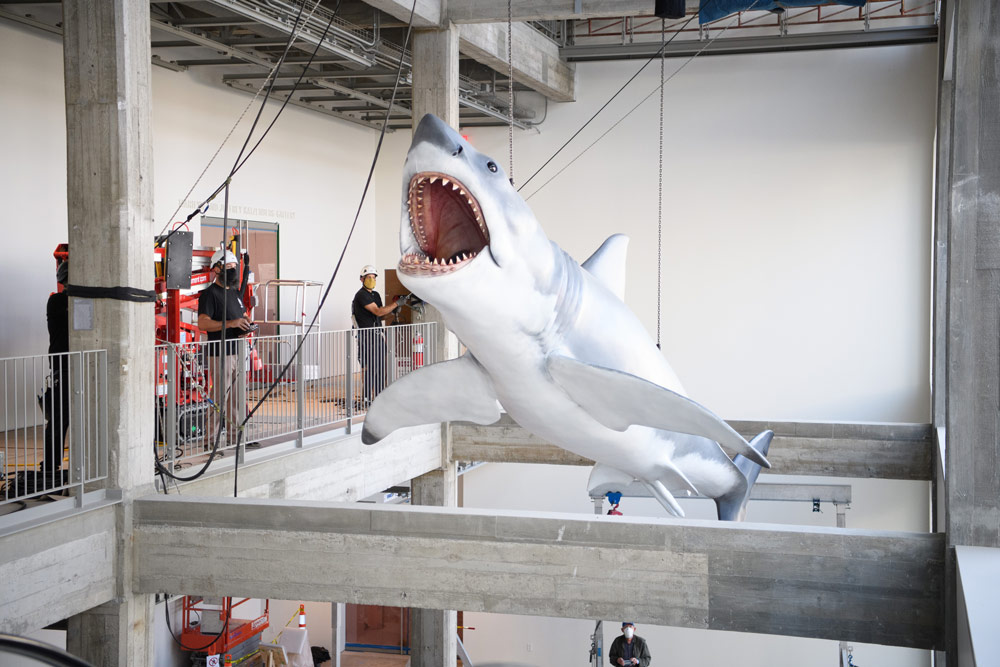 Just like the movies, the Academy Museum is open seven days a week, 365 days a year, from 10 AM to 6 PM Sunday to Thursday and 10 AM to 8 PM Friday and Saturday.

Tickets to the Academy Museum are available only through advance online reservations via the Academy Museum’s website and mobile app. General admission tickets for the Museum’s exhibitions are $25 for adults, $19 for seniors (age 62+), and $15 for students. Admission for visitors ages 17 and younger and California residents with an EBT card is free.

Tickets for film screenings and public programs are sold separately and do not require general admission to the museum. Tickets will be available only through advance online reservations via the Academy Museum’s website. Film screening tickets are $10 for adults, $7 for seniors (age 62+), $5 for college students, $5 for children (age 17 and younger), and $8 for Museum Members.

The Spielberg Family Gallery, located in the Sidney Poitier Grand Lobby, is free to public.

Effective upon opening, protocols will be implemented for guests requiring proof of COVID-19 vaccination or a negative COVID-19 PCR test taken up to 72 hours prior to arrival.

The special will give fans an exclusive look at the amazing history, exhibitions and insight into the art of filmmaking that awaits when they visit the largest institution in the United States dedicated to the arts, sciences and artists of moviemaking. Annette Bening, Cher, Jon M. Chu, Geena Davis, Danny Glover, Eiza González, Emily V. Gordon, Aldis Hodge, Marsai Martin, Marlee Matlin, Melissa McCarthy, Kumail Nanjiani, Michelle Rodriguez, Jurnee Smollett and Diane Warren will guide viewers through the halls of the institution as they explore the magic and artistry that has enlightened, enchanted and entertained movie fans for more than 120 years.