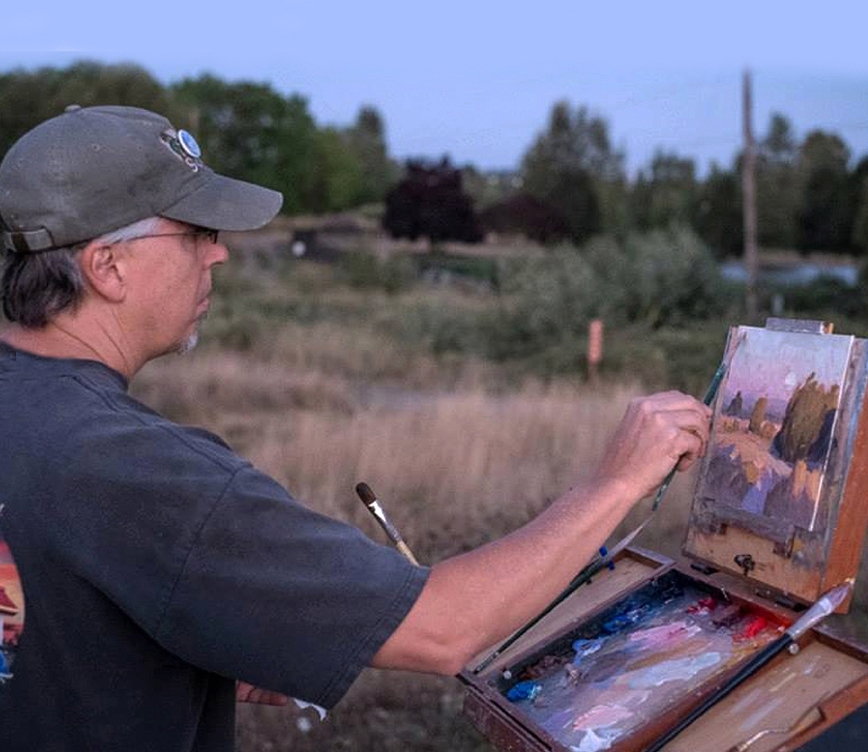 Eric Bowman was born in Pasadena and grew up in Orange County, CA. Essentially a self-taught artist, Eric had a knack for drawing as far back as he can remember, always the class artist throughout his elementary and high school years. Early on, various art-related jobs such as silk screen T-shirt printer or surfboard airbrush technician led to a lengthy and successful career as a commercial artist, eventually transitioning to fine art painting.

As a painter, Eric has exhibited in national & regional exhibitions in some of the country's most prestigious galleries and museums including the Autry Museum of the American West, the Briscoe Western Art Museum, the Gilcrease Museum, the Kaiping Art Museum (China), the Academy Art Museum, the Natural History Museum of Los Angeles and the Salmagundi Club in NYC.  His paintings are in private and corporate collections throughout the U.S. as well as England, China, Australia, Canada and Mexico.

Eric's work has also been showcased in feature articles with Art Of The West, Southwest Art, Practique Des Arts (France), International Artist, Fine Art Connoisseur, Plein Air and Western Art Collector magazines. He is a Signature Member of the California Art Club, the American Impressionist Society and the Laguna Plein Air Painters Association. When not traveling to various art events or visiting his beloved home state of California, Eric resides in northwest Oregon with his wife and daughter, and their dog, Mucha.