Gifted contemporary silversmith Duane Maktima is known for his abstract designs and spare, modern aesthetic. He is of Hopi/Laguna decent. Multi skilled, he also is a prolific carver and painter.

In the 1970s, Duane attended Northern Arizona University, with a major in forestry. It was at that time the dean of his college suggested he change his major to art. It took him a decade to complete his degree. During this period, he also worked as a resident artist at the Museum of Arizona when he was 19 years old. He was given a studio and a stipend to create jewelry. His pieces were snapped up by visitors from all parts of the world.

In the ten years it took him to complete his degree, he worked as a survey helper and would walk from Second Mesa to Black Mesa everyday. This gave him a greater appreciation and connection to his heritage and inspired him to complete his education. While at University, he did research into African and Indian art. His jewelry reflects this research, with his use of hollow silver tubes, lapis, red coral, shell mosaics, and turquoise.

Duane moved to Santa Fe, NM in 1982, and that year received a fellowship from the Southwestern Association for Indian Arts. In 1990 he was presented with the Distinguished Alumni Artist Award, Distinguished Achievement Award, and member of the President’s Circle in 2000.

His grandfather was a tremendous supporter and influence in his life. His grandfather once said to him, “You really have learned something. You really have excelled with what God gave you.” According to his grandfather, “Maktima” means “searching for Eagles.” His carvings and paintings were referred to a “blessings”, not art. Duane has said, “Native Americans take a holistic approach”.

Duane Maktima is also a mentor and has inspired many young people to pursue a career in art. He is a father, artist, teacher and community advocate. Jan, his wife, who is from the San Felipe Pueblo, assists him with the finishing of his jewelry. They have two children, Kari and Norman. Duane Maktima’s jewelry has been exhibited in some of the finest galleries in the country. 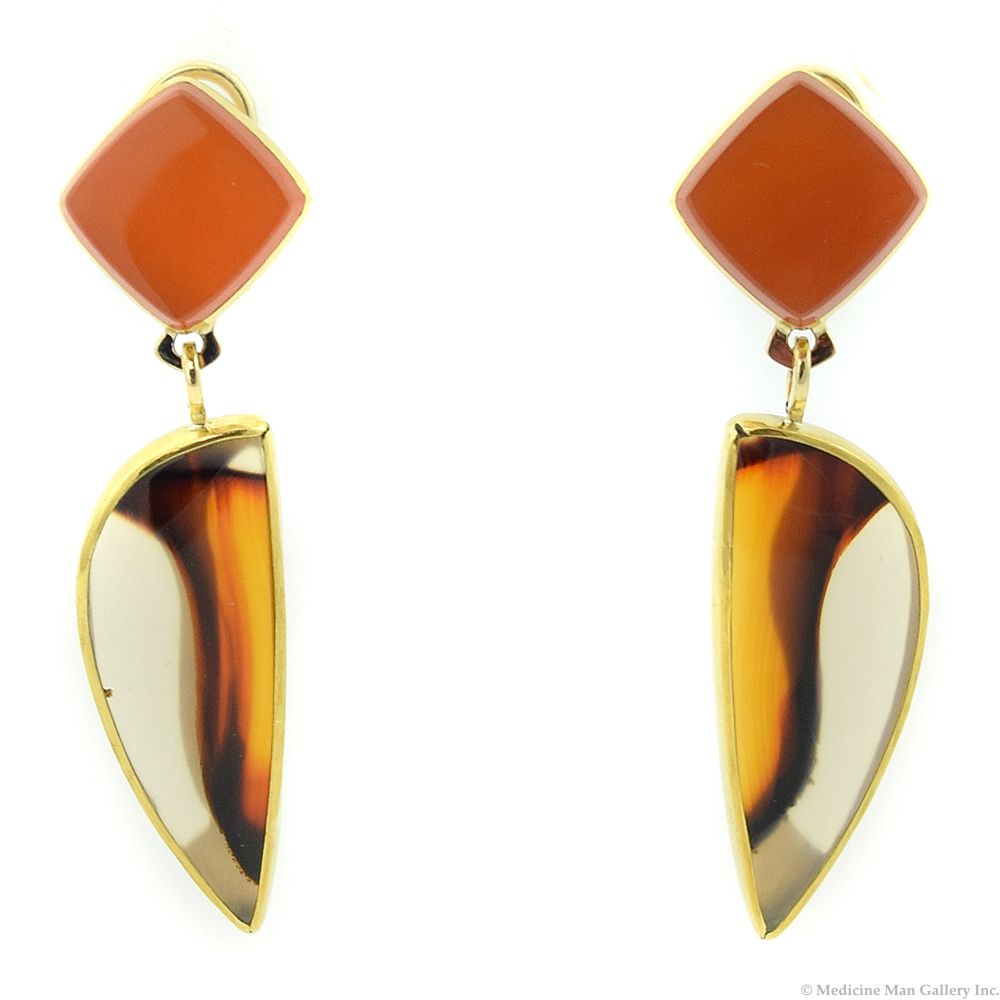