Dorothy learned to make storytellers from her mother, Mary Frances Herrera. Her grandmother, Laurencita Herrera, was one of the finest Cochiti potters from the 1930s through the 70s. Dorothy’s distinctive styles of storytellers make her work easy to recognize and sought after. Helen Cordova made the first contemporary storyteller in 1964 in honor of her grandfather, a renowned storyteller. The storyteller represents the important tradition of elders sharing native stories, legends, and history orally.

Dorothy makes both miniature and full-body storytellers. Her forms are frogs, cats, owls, and humans, but her favorite forms are bears. All figures have babies on their laps, shoulders, or around their feet. Dorothy uses black, red, and creamy white mineral slips as her paints. Her daughter, Hannah Pecos, also makes storytellers similar in style to her mother. Dorothy’s work can be found in many galleries throughout the Southwest. 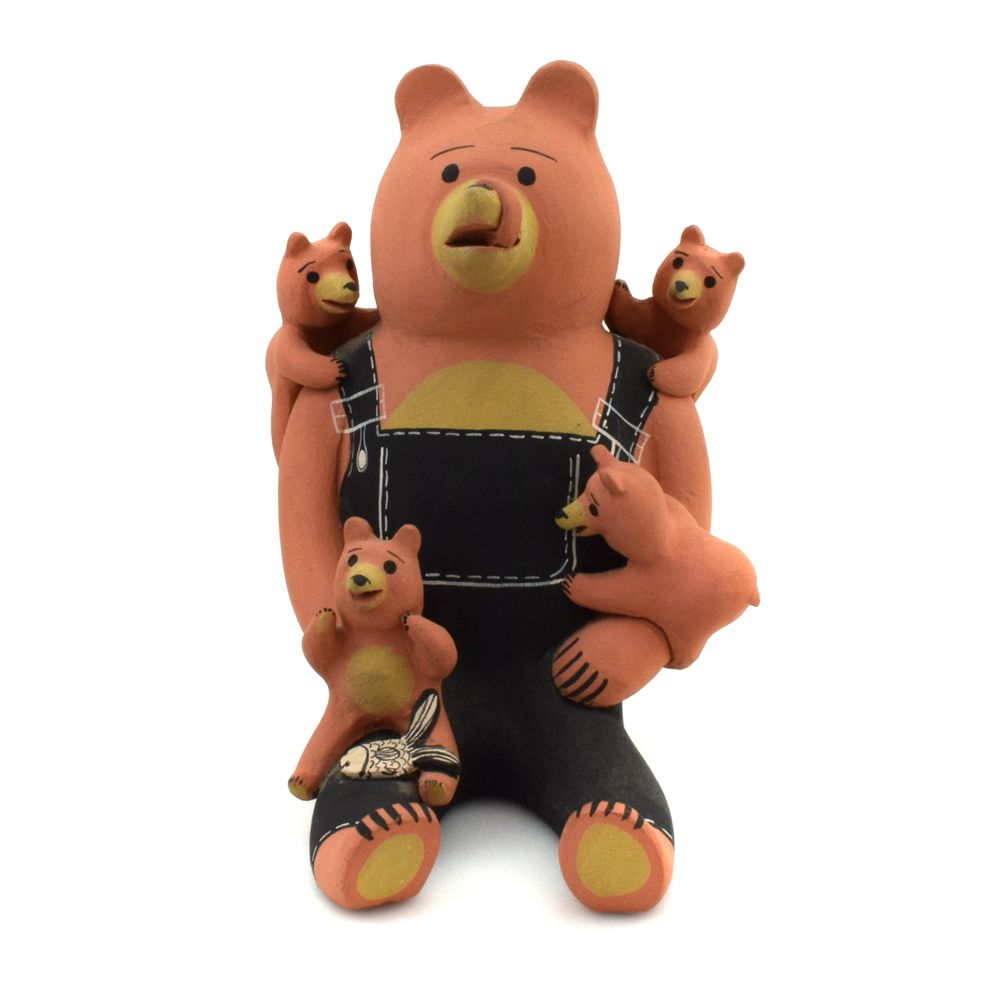