Dennis Ziemienski has always admired the work of Maynard Dixon and Edward Hopper as well as the great illustrators of the early 20th century. In his successful career as an illustrator, he knew he had to get the story across as simply and as beautifully as the designers of early travel posters and fruit crate labels. “They were meant to attract people,” he says. “I started doing compositions like that and it worked out well.”

In his Cowboys & Cowgirls exhibition, which opens February 9 at Medicine Man Gallery in Tucson, Arizona, his paintings give the viewer the elements of a story and let the viewer take it from there. 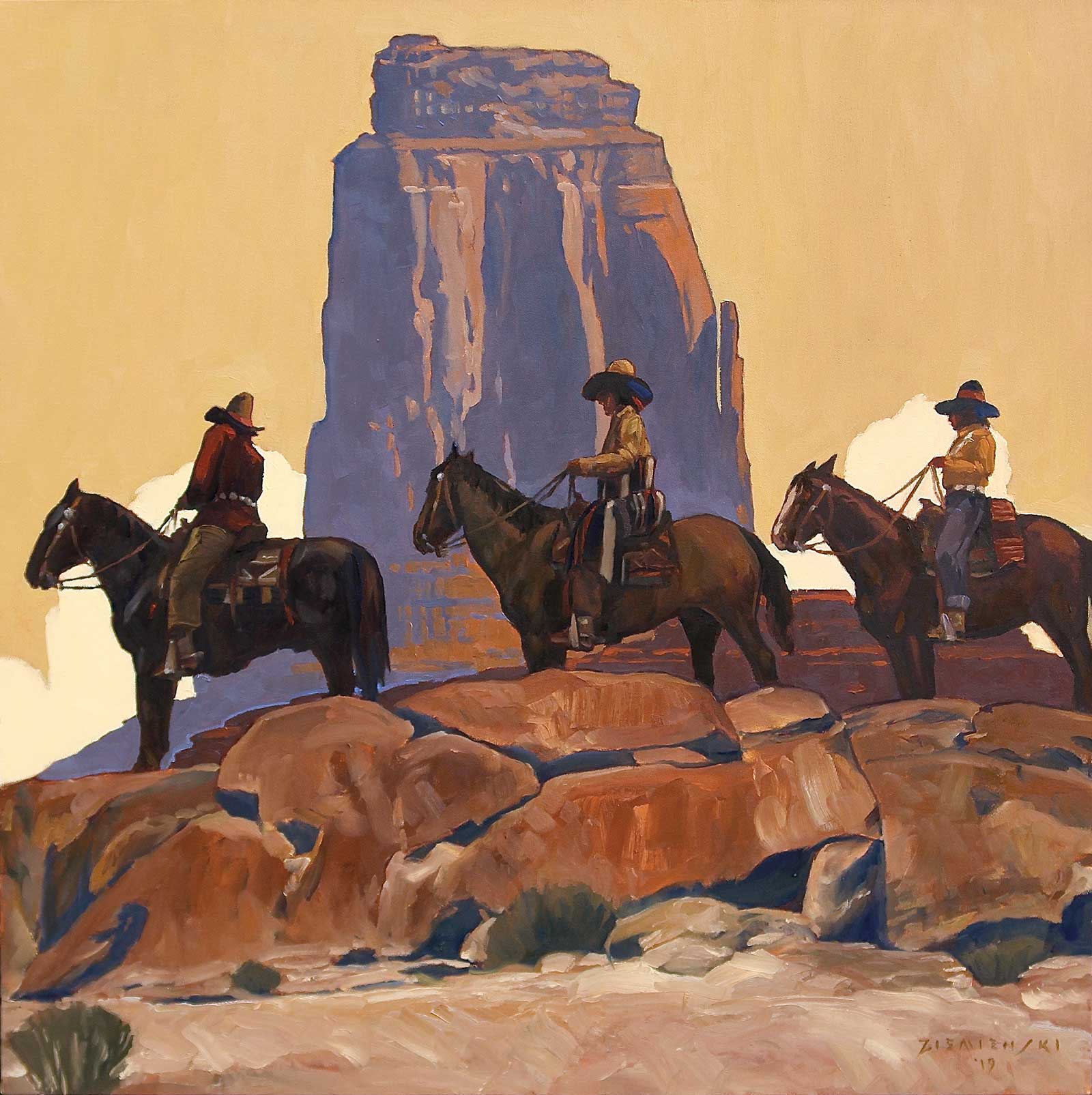 In Asking for Directions there are two major means of transportation in the West—a horse and a pickup (in this case a classic 1956 Ford F150 Overdrive). Ziemienski comments on our traditional way of interpreting things moving from left to right being positive and future-looking and things moving from right to left as looking toward the past. It is up to the viewer to decide. The question remains in this painting, “Who is asking directions of whom?” Typical of his strong compositions, a circle motif is repeated in the wheels and the cowgirl’s hat.

“Composition is the ultimate thing for me,” he comments. “It’s what makes a successful painting.” 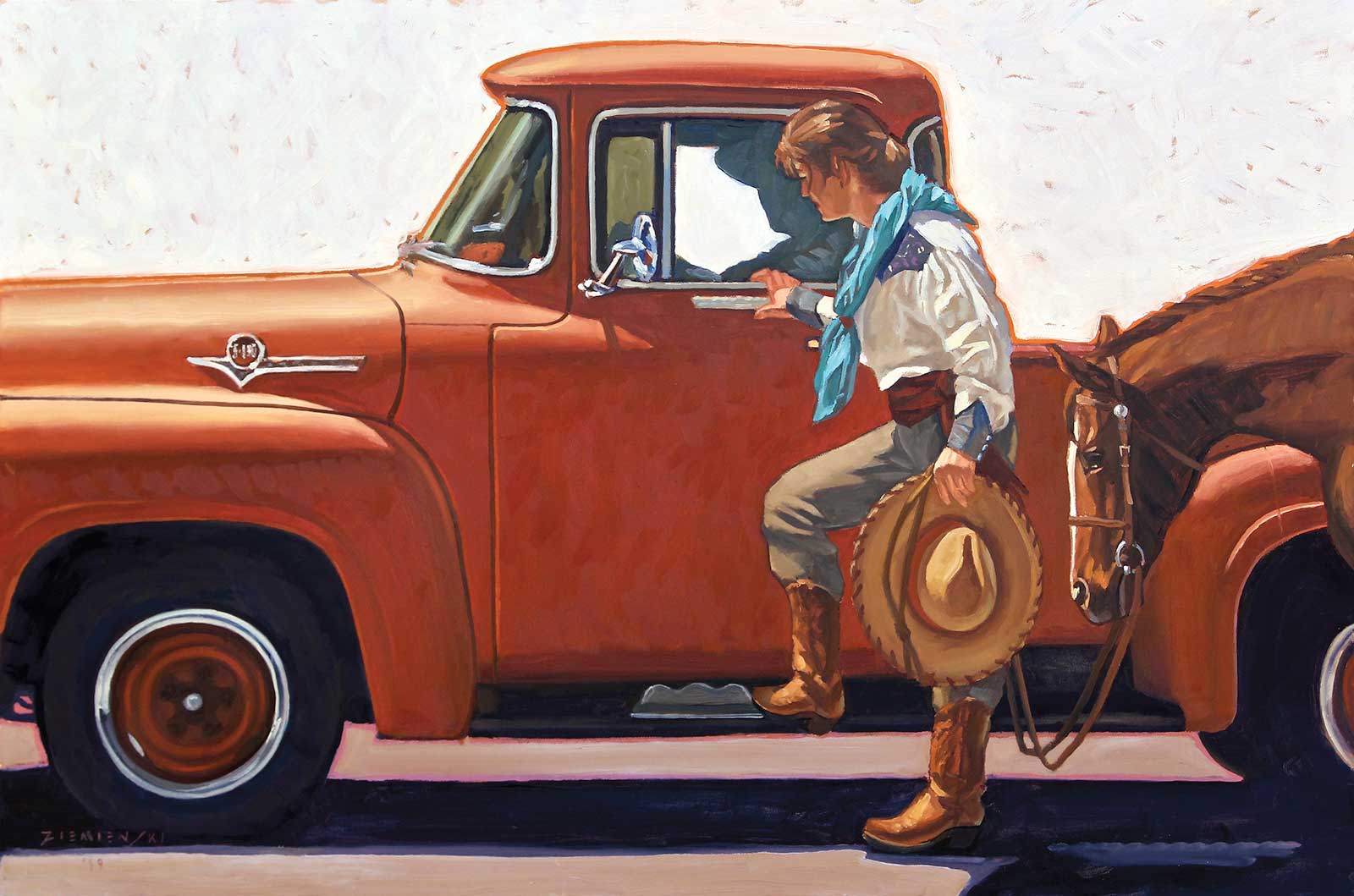 At about the time he was ready to leave illustrating to pursue fine art, computers were coming to the fore. He has learned to be comfortable with technology (“with the help of my daughter”) and often uses Photoshop to assemble his references—from his imagination, models, period photographs and his own photographs.

In Navajo Cowboys he moved the rock formation to different locations until he decided on its centrality with everything leading upward. The view is from low down in the shadows “looking up at these magnificent horsemen.” 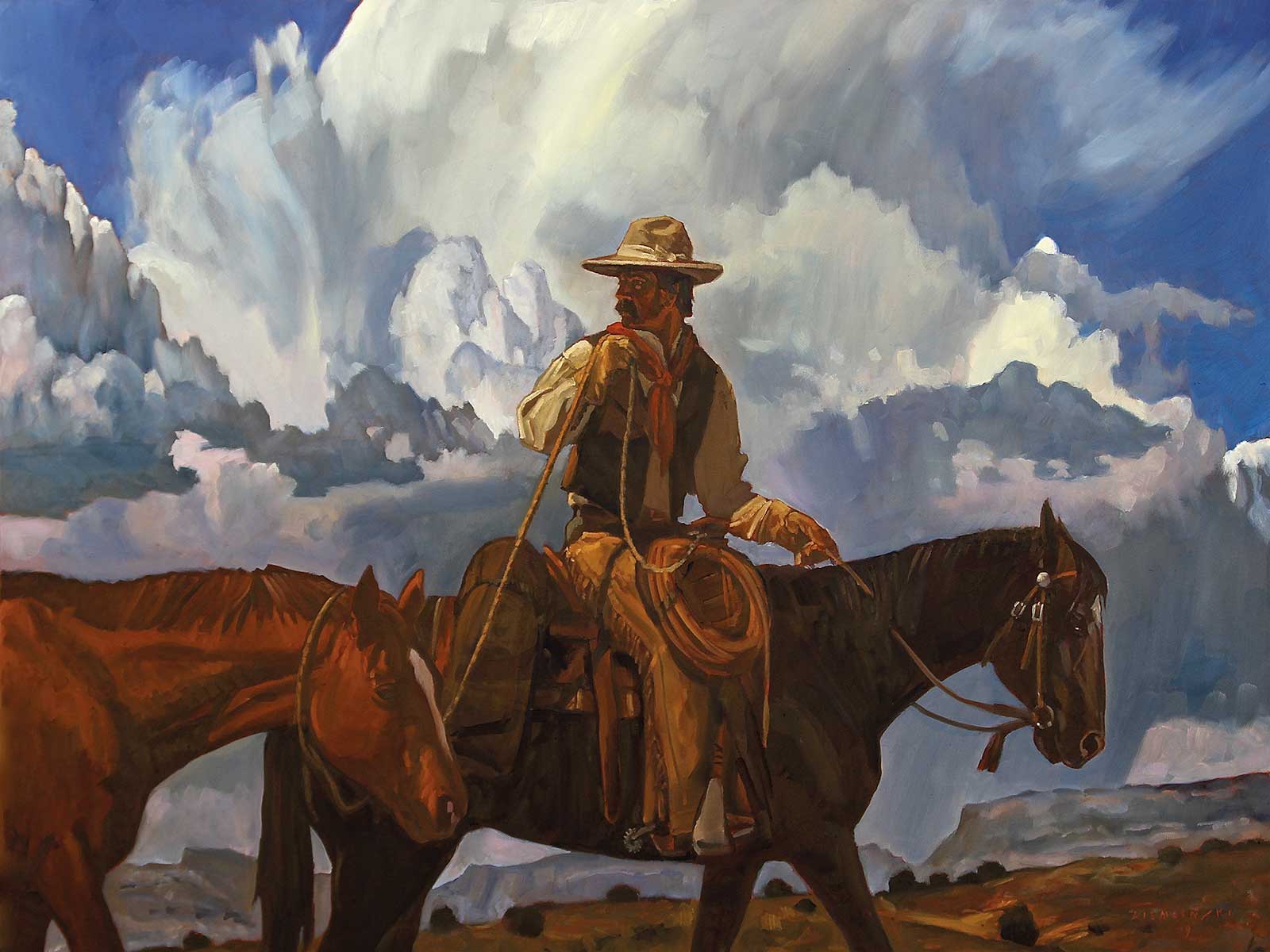 He refers to the architectural designs of the 16th-century architect Andrea Palladio, known for his brilliant use of symmetry. “Sometimes I am aware of the symmetry in my paintings,” he explains, “but mostly it’s innate. I may not become aware of it until I’m done.”