The American Southwest holds a special place in the heart of Dennis Ziemienski. The native Californian especially enjoys depicting scenes of the 1940s and '50s in his distinct, impressionistic painterly style. 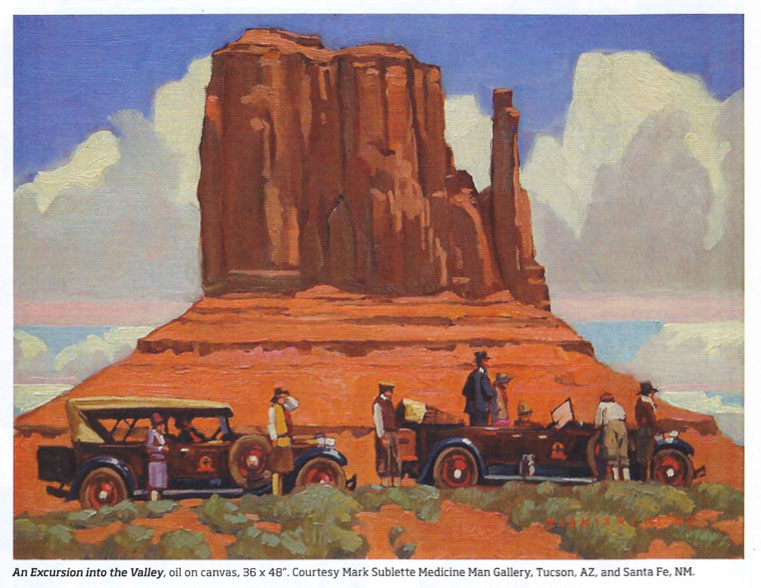 Ziemienski pays homage to this era in his latest solo show at Mark Sublette Medicine Man Gallery titled Fred Harvey and the American Southwest. Opening January 11 with a reception with the artist from 5 to 7 p.m., on exhibit will be fairly pictorial images relating to Fred Harvey and the Santa Fe Railroad as well as landscapes and people of the Southwest - a part of history that rarely gets depicted on canvas. "It may be a sequel to a show I did a few years ago about Fred Harvey, but they're different. I haven't yet exhausted possibilities about that theme," Ziemienski remarks. "And, I like doing them and collectors like them." 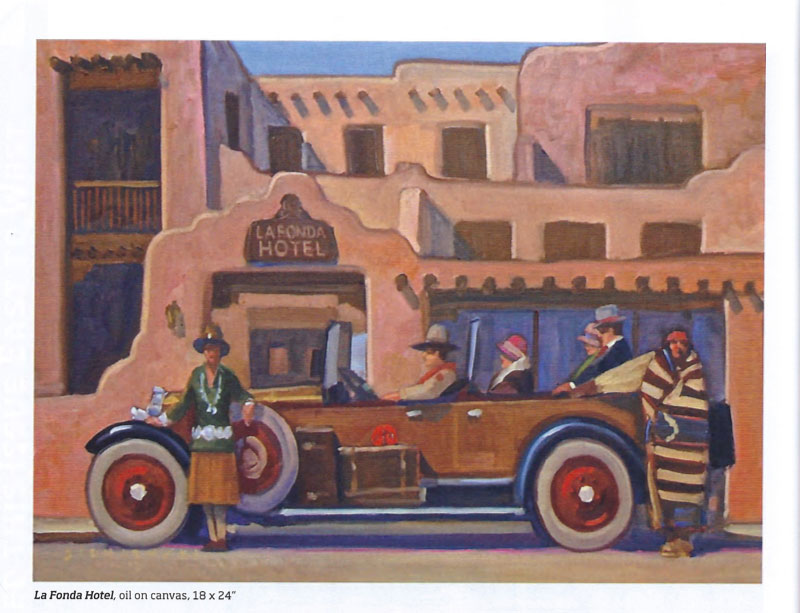 Authenticity is the driving force behind every Ziemienski painting. Each piece can be traced back to photographic reference. The idea for The Sousaphone Player...for the Santa Fe Railway All-Indian Marching Band, for instance, came from a small postcard featuring an image of an entire band of about 30 or 40 member marching down a street in Gallup, New Mexico.

"This band existed in the 1940s and '50s.  Such bands would play in parades for the Santa Fe Railway.  Most of the Southwest Indians with brass instruments all have red shirs and silver belts and headdresses...a few had feathers," the artist explains. 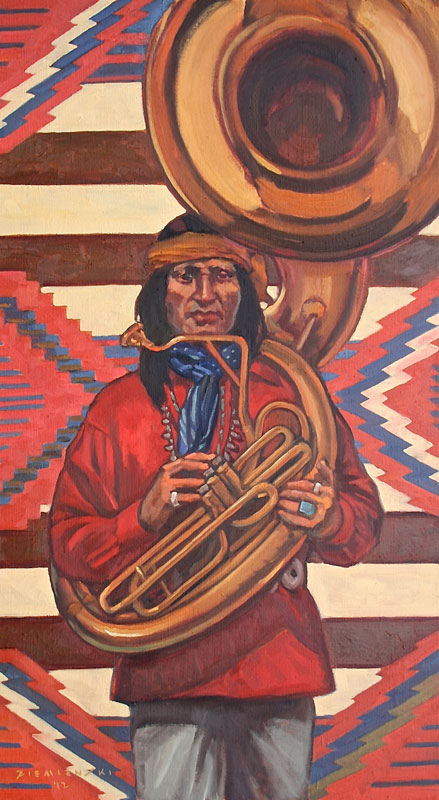 With historical reference in hand, Ziemienski then employs his skills as a former illustrator to construct each composition.  For The Sousaphone Player, Ziemienski had someone pose with the instrument.  "I love the juxtaposition of the cultures; a sousaphone wouldn't normally be played on the reservation," he says, adding, "I'm dealing with quirkiness that happens when time and cultures combine.  It's a matter of history, it actually did happen.  I'm not putting together anything that didn't happen.  It's based on facts."

Fresh off the easel is Harvey Girl featuring a waitress from the Santa Fe Railway of which Fred Harvey Company was the caterer.  Based on a 1925 photograph these famous waitresses wore this specific uniform and brought new, higher standards of both civility and dining to "the Wild West."

"Compositionally and emotionally you get an appeal from her face," Ziemienski says.  "Hopefully the viewer gets that, the feel that this person comes off the page." 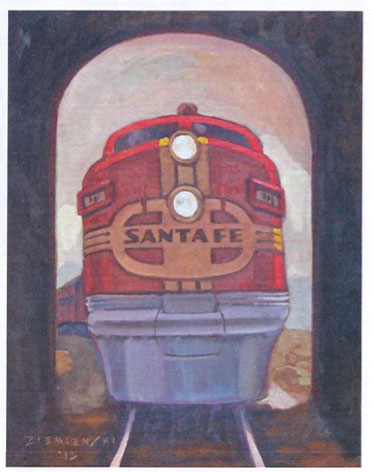