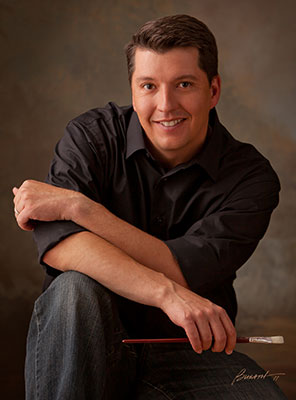 David Meikle was born and raised in Salt Lake City, Utah. In 1987, he was the state winner in Art in the Deseret News Sterling Scholar Competition for high school students in Utah. He attended the University of Utah on a four-year scholarship and received his BFA in Graphic Design and Illustration in 1994. In 2006, he finished his MFA from the University of Utah, where he was the recipient of the Alvin Gittins scholarship.

In 2006, David won the jurors' first place award at the 82nd Annual Spring Salon at the Springville Museum of Art (out of 1000 entries). His paintings have been included in the Spring Salon every year since 1998. David's work is represented in the books "Painters of the Wasatch Mountains" and "Painters of Utah's Canyons and Deserts" (his painting was on the back cover).

Co. & Gallery in Salt Lake City. David created the images that are seen on the "Welcome to Utah" billboards found at all major entry points to the state. David's paintings are included in the permanent collections of the Springville Museum of Art and Salt Lake County, as well as many private and corporate collections. He recently finished a 10' x 23' mural for the City Creek Center in down town Salt Lake City and in 2011 he was named by the Springville Museum of Art as one of Utah's 100 "Most Honored" artists. This year, David was inducted into the Highland High Hall of Fame in recognition of his success as an artist.

David is happily married to Lacy Egbert and has five children (Daniel, Amelia, Samuel, William, and Madeline plus a crazy cat named Blue). 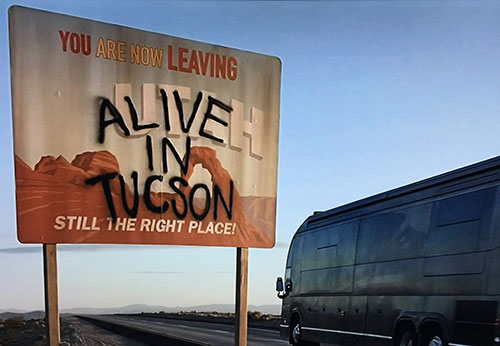