Accomplished silversmith Darren Seweyestewa has been making jewelry for The Humiovi Shop in Sedona, AZ for over 20 years now. He is the oldest of four children, and is from the Coyote Clan of Hoteville, in Third Mesa.

Darren is primarily self-taught, and his interest in jewelry making began while he was working at the restaurant in the Second Mesa Cultural Center. It was there that Darren had the opportunity to observe the Hopi silversmiths and their craft.

Darren decided to teach himself silversmithing, and began using copper to create his pieces. He often used handmade tools for shaping metal and etching his designs. A Hopi silversmith who saw Darren’s designs suggested he invest in some silver and “get to work making jewelry right away!”

Darren uses traditional imagery in his Hopi overlay jewelry, such as, clouds, feathers, animals, and water symbols. Many eminent Hopi silversmiths have acknowledged Darren’s work over the years, and continue to today.

In his free time, Darren teaches his jewelry making skills to his three children and four grandchildren. 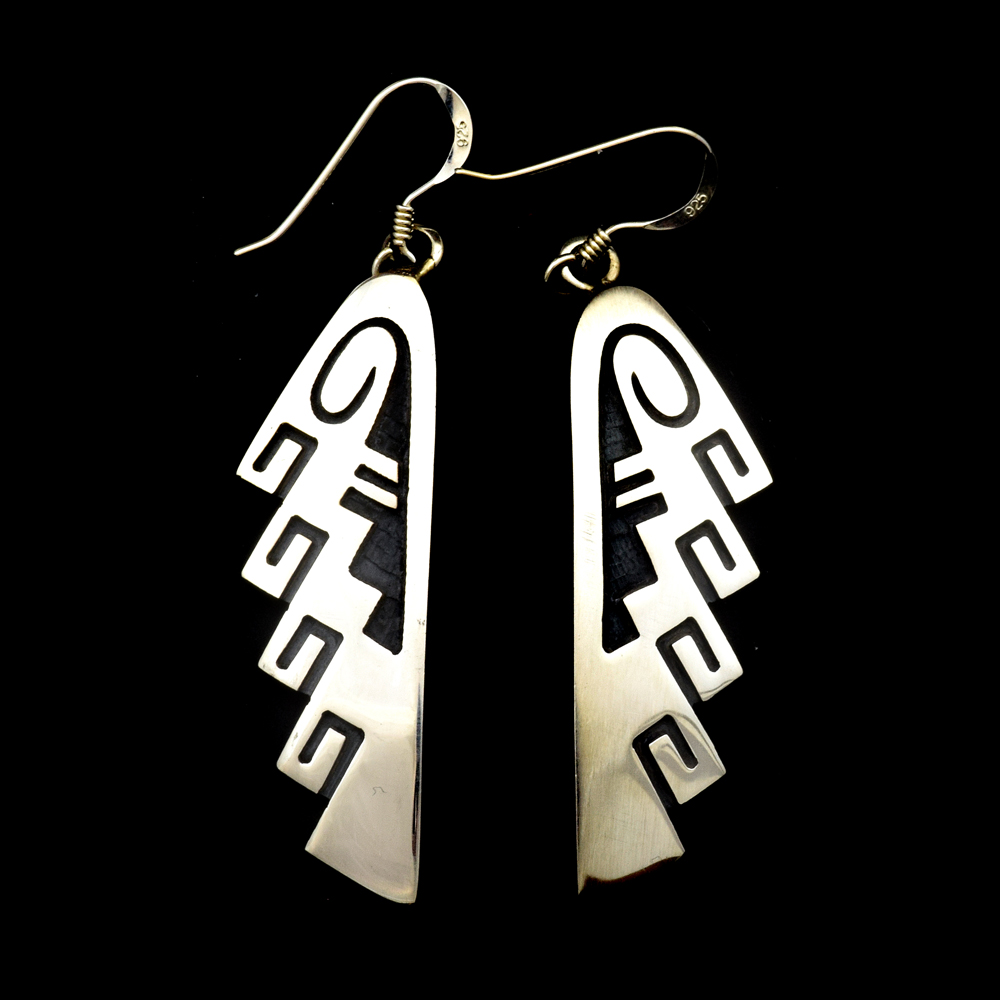