The store will not work correctly in the case when cookies are disabled.
Menu
Account
Budnik, Dan (1933-2020)

14.5" x 17.75" framed. Acquired from a private collection in Arizona. Titled and dated in lower left corner by artist. Dated March 21, 1965. Dedication and signature in the lower right corner by artist. Dedicated "To Joann, to infinity." Dan Budnik, born in 1933 in Long Island, New York, was a photographer known for his portraits of famous people and photographs of the Civil Rights Movement. In the late 1950s, Budnik studied at the Art Students League of New York. He began his photography career as Philippe Halsman's assistant. He later worked for Life, Sports Illustrated, and Vogue magazines. He was commissioned in 1958 by Esquire magazine to create a photo editorial on the upcoming New York City artists. Along with art director Robert Benton and editor Clay Felker, the three of them selected artists including Jasper Johns, Robert Rauschenberg, Richard Stankiewicz, and Louise Nevelson, all virtually unknown artists at the time. In 1963, Life had Budnik create a long-term photo essay showing the seriousness of the Selma to Montgomery march. Famous portraits by Budnik include Candice Bergen, Sophia Loren, Martin Luther King, Jr., Georgia O'Keeffe, Willem de Kooning, Ed Mell, Pope John, Henri Cartier-Bresson, and Dwight D. Eisenhower. In 1998, the American Society of Media Photographers awarded Budnik to its Honor Roll Award. Budnik's work is in the collections of the King Center in Atlanta, Georgia, and the Museum of Modern Art.
Share
Skip to the end of the images gallery
Skip to the beginning of the images gallery 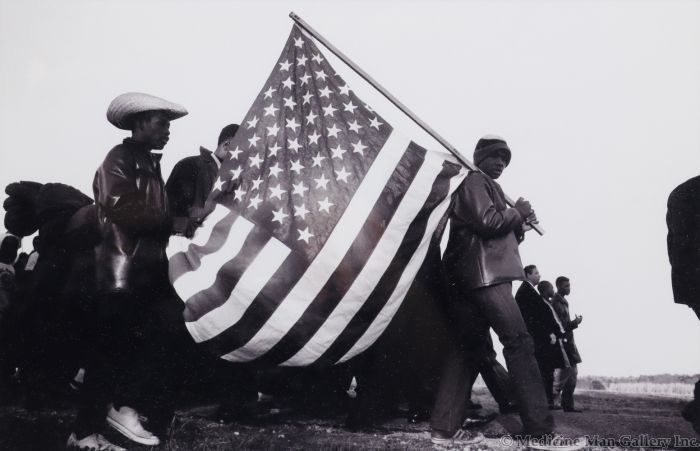