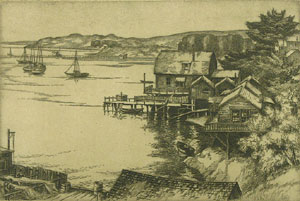 Cornelis Botke was born in Leewarden, Holland in 1887. He studied at the School of Applied Design in Haarlem before emigrating the United States in 1906, settling in Chicago. There, he married Jesse Arms, a painter and muralist. 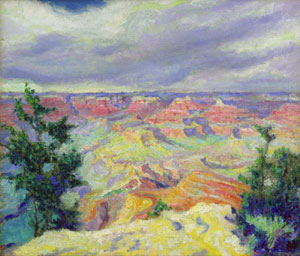 In 1919 Cornelis Botke and Jesse moved to Carmel, CA, where Cornelis taught at Carmel Arts and Crafts. From there they moved to Santa Paula, where they had a studio big enough to share. They were often commissioned together for very large works, usually murals. 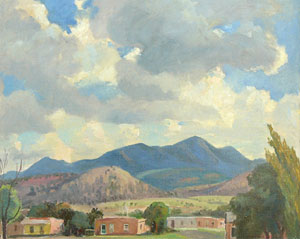 Cornelis Botke was predominantly a landscape painter in his singular work, and his pieces were displayed at the Los Angeles County Museum as well as the Art Institute of Chicago. Surviving murals of Botke's also exist in the Kellogg factory in Battle Creek, Michigan and the Ida Noyes Hall at the University of Chicago. 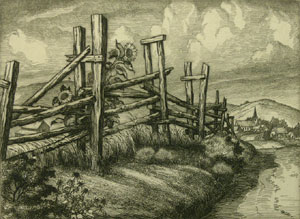