Collecting Letters, Drawings, and Studies: The Art of Collecting Works on Paper

An underappreciated segment of the art market for any period of art is works on paper. Often dismissed as not being finished works or merely peripheral to an artist’s output, these items brim with the spontaneity of their creation, are illustrative of an artist’s process of making art, and reveal an aspect of the person that might not appear in a large scale painting or sculpture.

Something as simple as a piece of correspondence can be illustrative of an artist’s sense of self and his relation to his patrons. A letter from Oscar Berninghaus reveals. “I usually tack a little sketch to all my letters, which (pardon me for saying) have become quite well known all over the country.” He had forgotten to attach “a little sketch” in a previous letter made up for it in this second letter. These pieces, properly matted and framed, will have a long life (this particular letter was written in 1912, for instance) and shouldn’t be avoided out of fear about how to display them or their assumed lack of longevity. 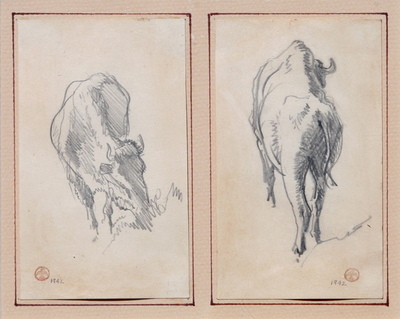 Drawings are often thought of as secondary by collectors of paintings. More often, they are completed works on their own. Sketches are just that – preparatory ideas for a larger piece – but often little gems.

Visitors flock to exhibitions of Michelangelo’s or Leonardo’s drawings because they are by Michelangelo and Leonardo. In the process, though, they learn to appreciate the drawings and sketches in themselves. 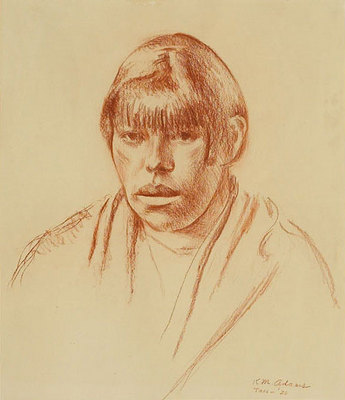 Today, while collectors might compete to buy a Maynard Dixon landscape painting or a Remington sculpture, they might overlook Dixon’s wonderful Pair of Bison Sketches, for instance, or Remington’s poignant drawing, Spanish Cavalryman by his Dead Horse. The Dixon sketches reduce the bison to the planar shapes that are typical of his sought-after paintings. The Remington drawing displays the same vitality (even in a dead horse) as his famed sculptures.

In both cases, a collector can purchase not simply a name at a low price, but a work of art worthy of their collection of more major works.

Medicine Man Gallery is passionate about handling documents from well-known artists, especially those which have a drawing or sketch, as they are important historical records of an artist’s life. “As a collector you can learn a great deal about the time the artist lived and their motivation for painting a subject through the stories the letters tell,” says Dr. Mark Sublette, owner of Medicine Man Gallery in both Santa Fe, New Mexico, and Tucson, Arizona. “Our Maynard Dixon Museum, located within Medicine Man Gallery Tucson, houses 50 original documents and drawings done by Dixon. These documents are critical to the understanding of the artist and the times in which he lived. To really understand an artist takes more than looking at the paintings they executed, one must have a sense of the motivation and perhaps intimate relationship that drove the painting to be created in the first place.” 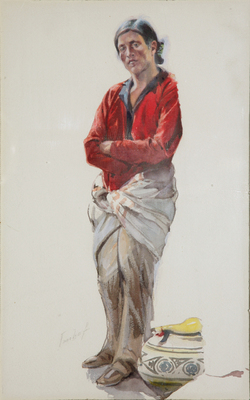