Christina Naranjo was a daughter of Serafina Tafoya and Geronimo Tafoya, and a sister to Margaret Tafoya and Camilio Tafoya. The eldest daughter of Serafina and Geronimo, Christina was Margaret's older sister. Like Margaret, Christina learned the traditional way to make pottery from their mother. Eventually, she became the matriarch of her branch of the Tafoya family tradition, passing her knowledge on to her daughters Mary Cain, Mida Tafoya, Teresita Naranjo, and Cecilia Naranjo, and to numerous other members of her extended family. That tradition has now transitioned to her descendants, including Autumn Borts, Linda Cain, Tammy Garcia, Sharon Naranjo Garcia, and Sherry Tafoya.
Christina was known for making traditional black and redware. She made many bowls, water jars, engagement baskets, wedding vases, and candlestick holders. Her favorite designs to carve were kiva steps, the avanyu (water serpent), and she liked putting a bear paw on many of her pieces. The bear paw tells the story of a bear that leads the Pueblo people to water during a drought. She would, on rare occasions, work with her daughter Mary Cain. They would sign their pieces "Christina Naranjo + Mary Cain." Like her mother Serafina and sister Margaret, Christina was not timid about making larger pieces, larger than most pottery produced today. The risk in making large jars is that they often crack during drying and pop in the firing process. It takes a master potter to make these very large pottery jars.
Christina enjoyed making pottery so much that she was still working almost until the day she passed on. Christina's work is very collectible because of her workmanship and distinguished family history. Her work can be found in fine pueblo pottery galleries and many museums and private collections. 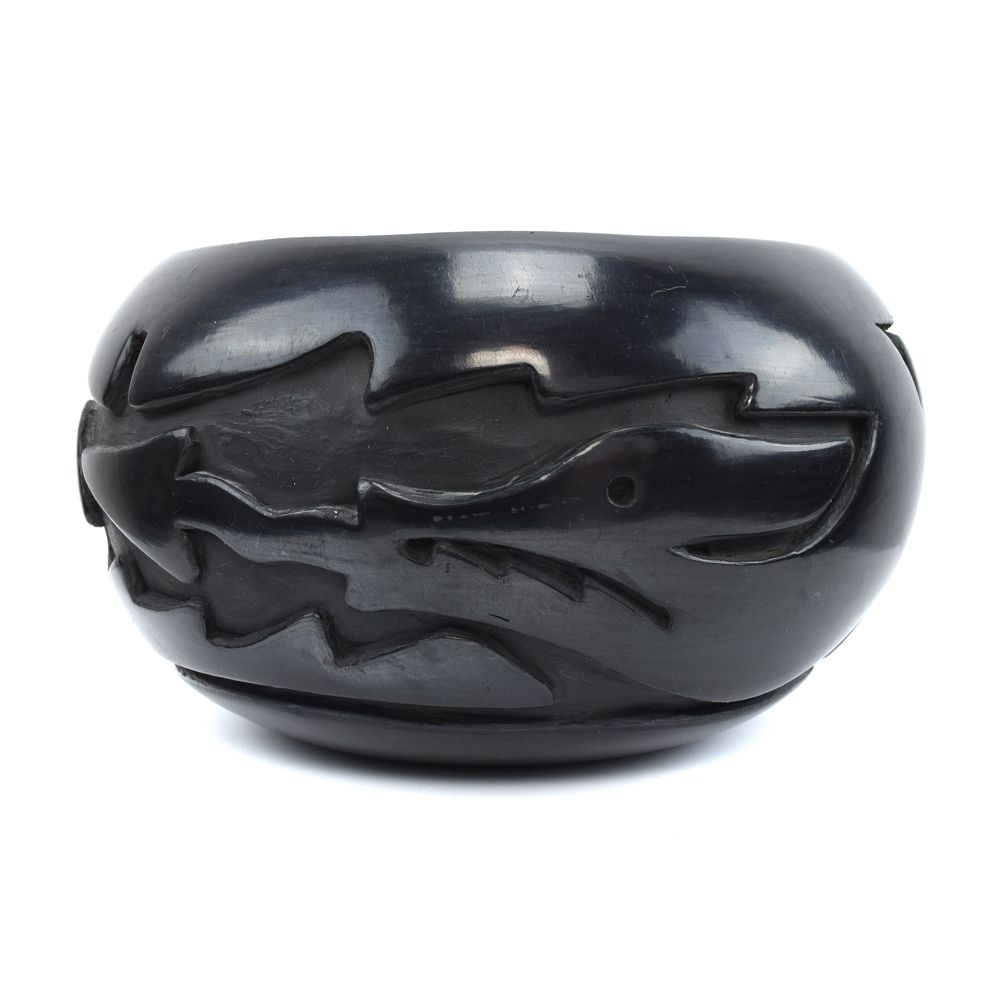