Blue Corn was born Crucita Calabaza in 1921, and the name Blue Corn was given to her by one of Maria Martinez's sisters during her San Ildefonso naming ceremony.
She made her first pot at age three. Her grandmother told her that her hands "were made for pottery," which proved to be true as she made pottery for nearly seventy years. Both her parents died while she was attending the Indian School in Santa Fe. Consequently, she went to live with relatives in Southern California. She married Santiago Calabaza and moved back to San Ildefonso Pueblo, where she and Sandy raised ten children. Blue Corn worked as a housecleaner in Los alamos for Robert Oppenheimer during World War II.
Blue Corn, known for her polychrome and distinctive black-on-black and redware pottery, was famous for her unique designs and perfect execution. Her work includes jars, plates, wedding vases, oval blackware lidded boxes, and black-on-black owl figures. Her favorite designs included feathers, rain clouds, turtles and the Avanyu. Her pieces are still much in demand when they come available. Blue Corn was generous with her time teaching pottery and giving demonstrations. Many of her students became award-winning potters themselves. In 1981 she won the "Governor's Award," which is New Mexico's highest artistic honor. She was posthumously awarded the 2008 "Lifetime Achievement Award" by SWAIA. Blue Corn passed away in 1999. 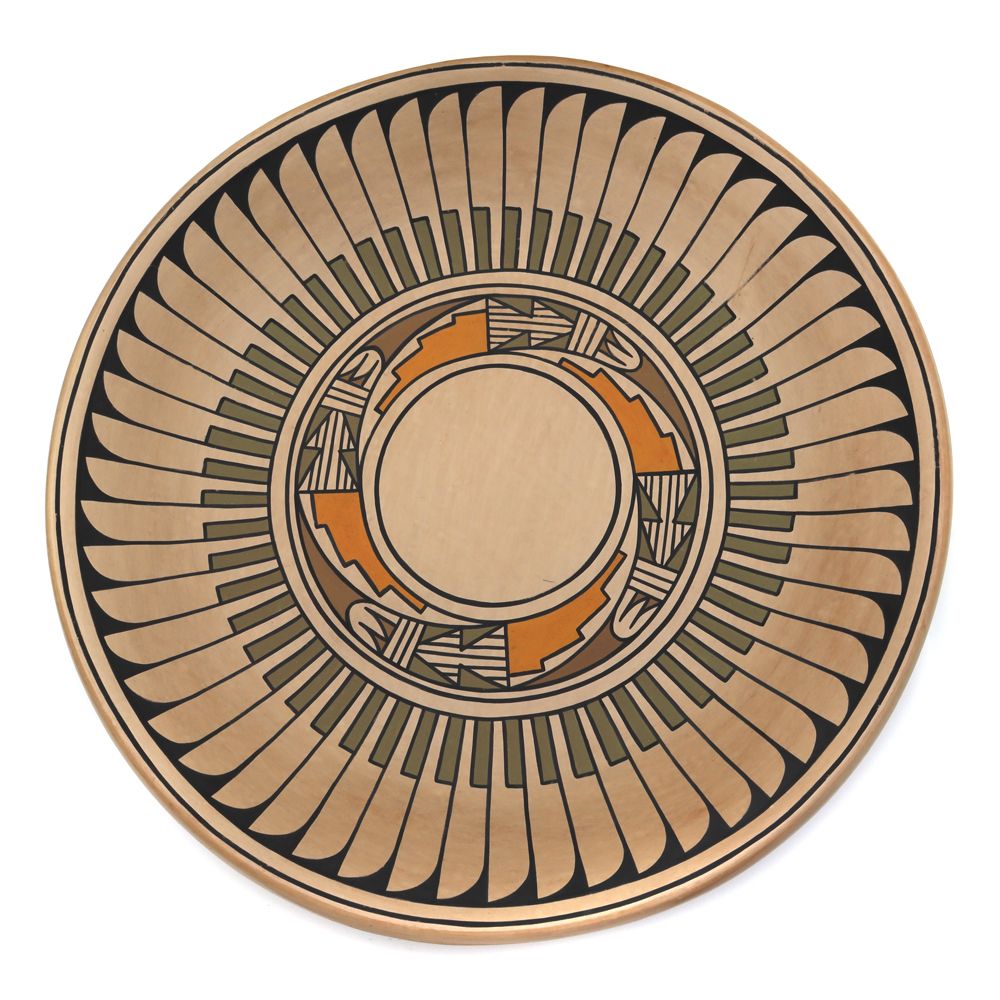