The Man Who Shot Liberty Valance is a classic 1960s Western starring James Stewart and John Wayne.  When Ranse Stoddard confronts the evil Valance in a gun fight, Valance shoots him in his right arm forcing him to drop his gun to the ground.  Through a cinematic miracle, Stoddard picks it up, fires and Valance falls dead.  Later another character “admits” he shot Valance at the same moment Stoddard fired to save him for the woman he (the shooter) loves – who actually loved Stoddard.  Shakespeare would have been proud.

In Burt Bacharach’s and Hal David’s song of the same name there is the verse:

From the moment a girl gets to be full grown

The very first thing she learns

When two men go out to face each other 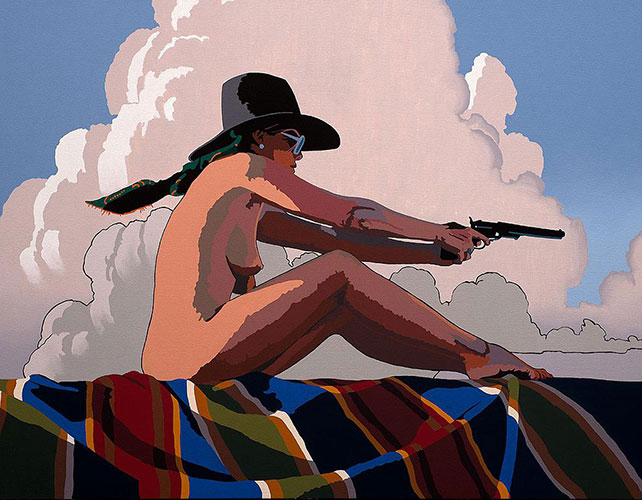 Billy Schenck, whose roots are in the pop movement, and whose paintings, silkscreens and photographs are steeped in the myth of the West and in debunking it, may have another ending to the story.  His exhibition Billy Schenck: Pop Icons of the West will be held at Mark Sublette Medicine Man Gallery in Tucson, Arizona, through November 5.  In it is a painting titled The Woman Who Shot Liberty Valance, in which a nude woman sits silhouetted against billowing clouds and pointing her pistol. 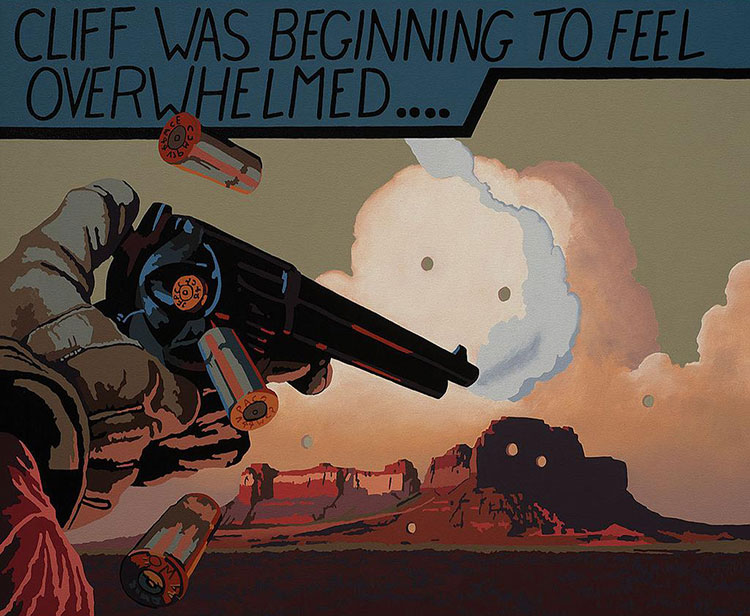 Schenck approaches the West with both love and humor and with a distinctive style that has been undergoing subtle shifts.  His clouds are more billowy, and what he calls his “paint by numbers” application of paint is becoming more subtle.  In recent work, a low sun casts the shadows of horse and rider against the mesas and the clouds, making the larger than life – or suggesting, in Where the Law Does Not Prevail, that they are cutouts lit by footlights on a stage. 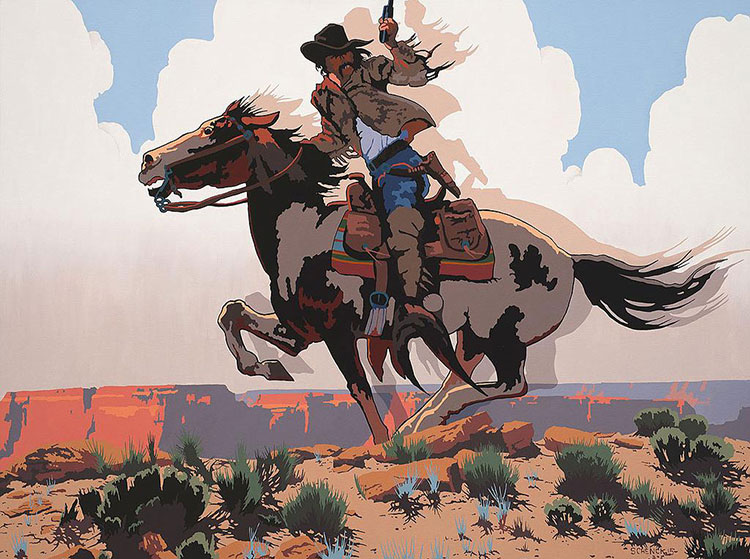 Thomas Brent Smith, director of the Denver Art Museum, has written that Schenck “has been challenging the Western myth for four decades…His works possess a deep understanding of design and a sophisticated sense of color that has only heightened in recent years with his brazenly bold canvases.  It’s about time a larger audience starts paying attention, because the artist has created a body of work of real merit.” 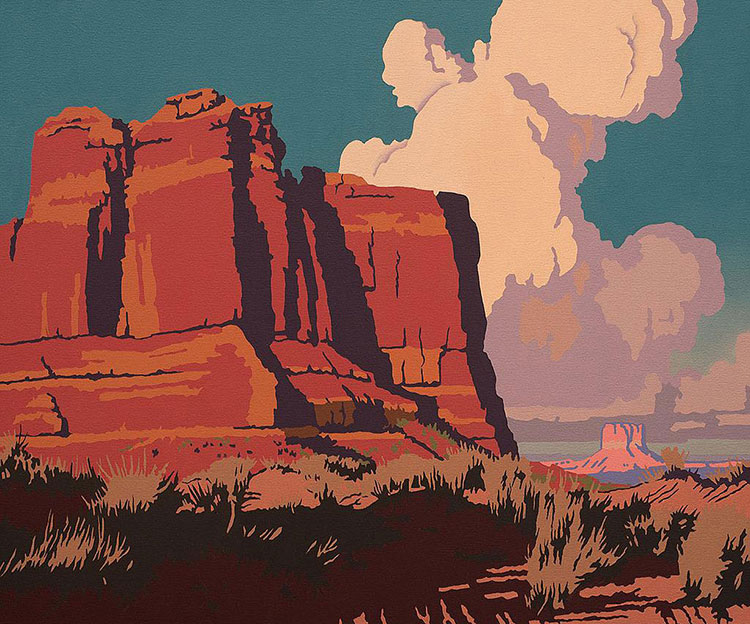 Mark Sublette, president/CEO, Mark Sublette Medicine Man Gallery, says, "Billy Schenck's command of color and the explosive role it plays in his paintings sets a high bar for uniqueness.  Few artists grasp how important the role of color and composition are when it comes to finding an original vision, one Schenck has found so adroitly."