Bill Schenck has been known internationally for the past 33 years as one of the originators of the contemporary “pop” Western movement.  He is an American painter who incorporates techniques from photorealism with a pop art sensibility to both exalt and poke fu at images of the West. 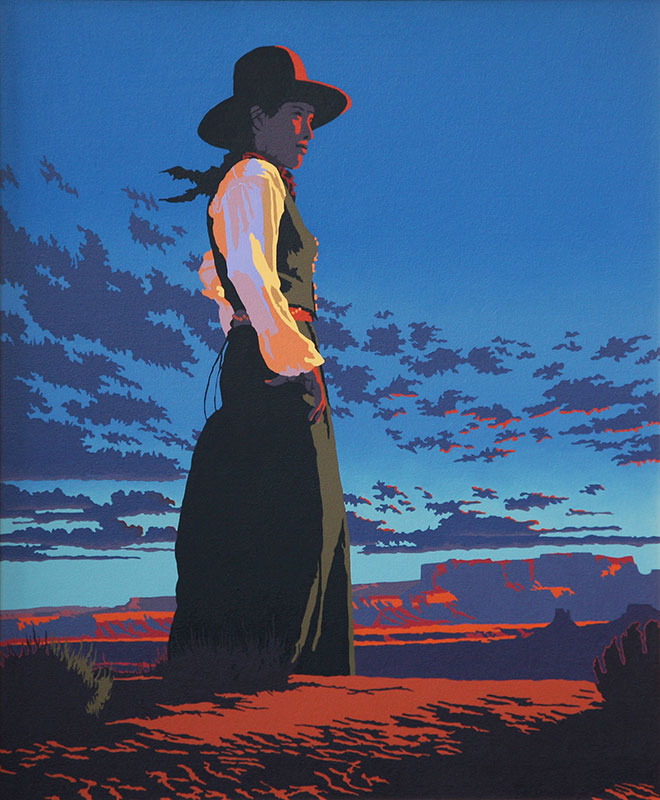 “What has remained constant throughout Schenck’s career is his individuality in dealing with the subject matter of the West,” says Julie Sasse, chief curator and curator of modern and contemporary art at the Tucson Museum of Art.  “Using the artistic formula of classic Western film direction and the photographically reliant systems of contemporary art, he has bridged two genres that resonate with the American experience.  Rather than standing as outside observer to the realities and myths of the West, Schenck is part of the scene, figuratively and literally.  From early depictions of cinematic cowboys to real-life cowboys and cowgirls to poetic reveries about the Native American existence in the Southwest, Schenck melds the real with the imagined, autobiography with fantasy.” 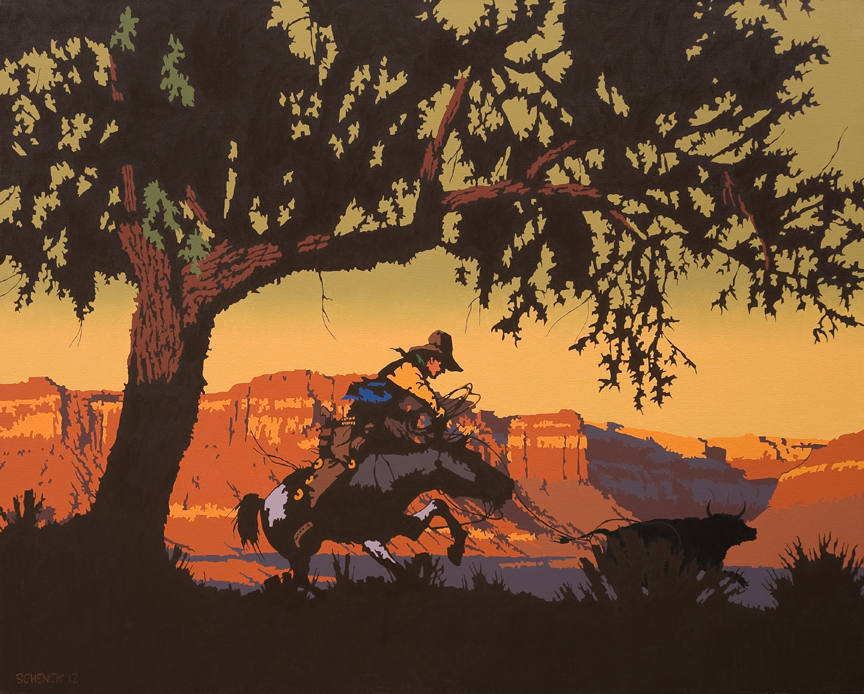