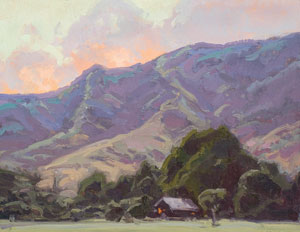 Bill Gallen grew up on the shores of Lake Michigan and would wander off into the woods and fields of his native Wisconsin. This gave him an early appreciation for the wonders of the natural world. Bill Gallen graduated from the University of Wisconsin-Madison in history and German. He spent a year studying in Freiburg, Germany. Plans to pursue an academic teaching career gave way when he moved to Colorado and began a painting contracting business with his brother. Nurturing a lifelong interest in art, Bill Gallen studied painting and drawing in his free time with local instructors as well as at workshops in Taos, New Mexico, and the Scottsdale Artists School. He counts Michael Lynch, David Ballew and Matt Smith among his most influential teachers. After nearly fifteen years as a contractor, Bill Gallen traded in his house painting brushes for an easel painter's tool. 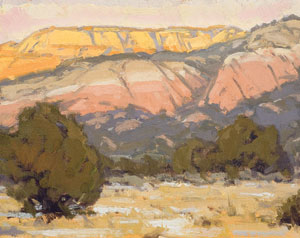 Bill Gallen currently resides in New Mexico where he enjoys painting landscapes, particularly location pieces. The eye for beauty and harmony in nature, which he developed as a child in the Midwest, informs his work with freshness and sensitivity. Bill Gallen's paintings are included in collections nationwide. 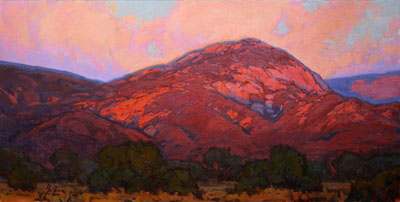