Bert Geer Phillips was born in Hudson, New York and trained in fine art at the Art Students’ League in New York City. He was a dedicated artist even as a young man, and constantly sought out new instructors and material in order to hone his talents as a academic realist. He studied at the Julian Academy in Paris, where he met Ernest Blumenschein and J.H. Sharp. Sharp spoke passionately about the landscape and peoples of the New Mexico pueblos, urging the two younger artists to travel to the southwest in order to find natural inspiration for their art. 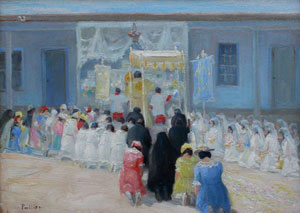 They took his advice and, in 1898, Phillips and Blumenschein planned what is now one of the most fateful painting trips in the history of American art. Starting in Denver, the two artists planned to travel by wagon all the way through New Mexico into Mexico. Outside of Taos, however, the wagon lost a wheel, and Blumenschein traveled into Taos alone to find a blacksmith. He returned excited by the landscape and city and, upon arriving in Taos, Phillips decided that he would not only modify the trip to include Taos, but he would move to Taos permanently to paint. At the time, there were no white artists operating in the region, and Phillips and Blumenschein displayed their work out of their studios. This studio viewing became a major draw for white tourists in Taos, and continues to be an enduring element of New Mexico art culture. 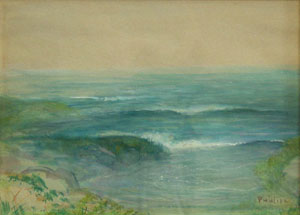 Blumenschein eventually went back to New York, though he would return often for the rest of his life. Phillips stayed, developing his own work and serving as the de facto founder of the Taos Society of Artists, the central group in the arts scene in Taos. By 1915, there were more than a hundred artists working in Taos, a testament to the natural beauty of the land but also, in a large part, to the tenacity with which Phillips clung to the notion of Taos as a potential arts hotspot, an egalitarian collective of some of the finest academic and non-academic painters in the country. 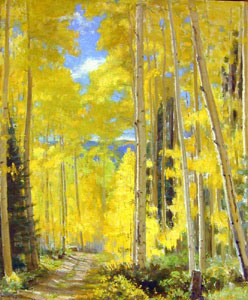 Phillips’ own work was varied, but the primary focus was on figurative pieces of the people of the New Mexico pueblos. His style never bent towards the modernist vein of work being practiced by some of his fellow artists. Instead, he grew his knowledge of the dress and customs of the natives and painted them in romantic surrounds, often by firelight. The strain on his eyes was considerable, and he began to lose his vision. Eventually he would be forced to stop painting because of this vision loss, but not before he completed several major mural commissions, including that of the Polk County Courthouse in Iowa.

Phillips passed away in 1956, leaving behind a significant contribution to one of the most important and distinctly American art movements in history.