Barbara was born in 1947 into the famed Maria Martinez family. Maria was her great-grandmother and noted potters Santana & Adam Martinez are her grandparents. She lived in Maria's home from the time she was five to ten years old. Barbara says that the making of pottery was so integral in the daily life of Maria's family that she learned to pot just by being present and watching. Barbara went with Maria when she sold her pots to tourists under the portal at the Palace of the Governors in Santa Fe.
Barbara is known for her small bowls, lidded jars, and spheres. Her work is highly polished and can be found in red, black-on-black & sienna. She is noted for the sgraffito designs etched on her work and inlays of stones, coral, turquoise, and ivory. Barbara's signature design is the spider web, which is considered a sign of good luck. Barbara participated in the SWAIA Santa Fe Indian Market for many years, earning 1st, 2nd, and 3rd Place ribbons. She was chosen as a representative of Maria's "craft lineage" in the 1997-8 Pottery by American Indian Women, The Legacy of Generations exhibition of the National Museum of Women in the Arts.
Barbara is an active potter today, and her work can be found in many museums and galleries. 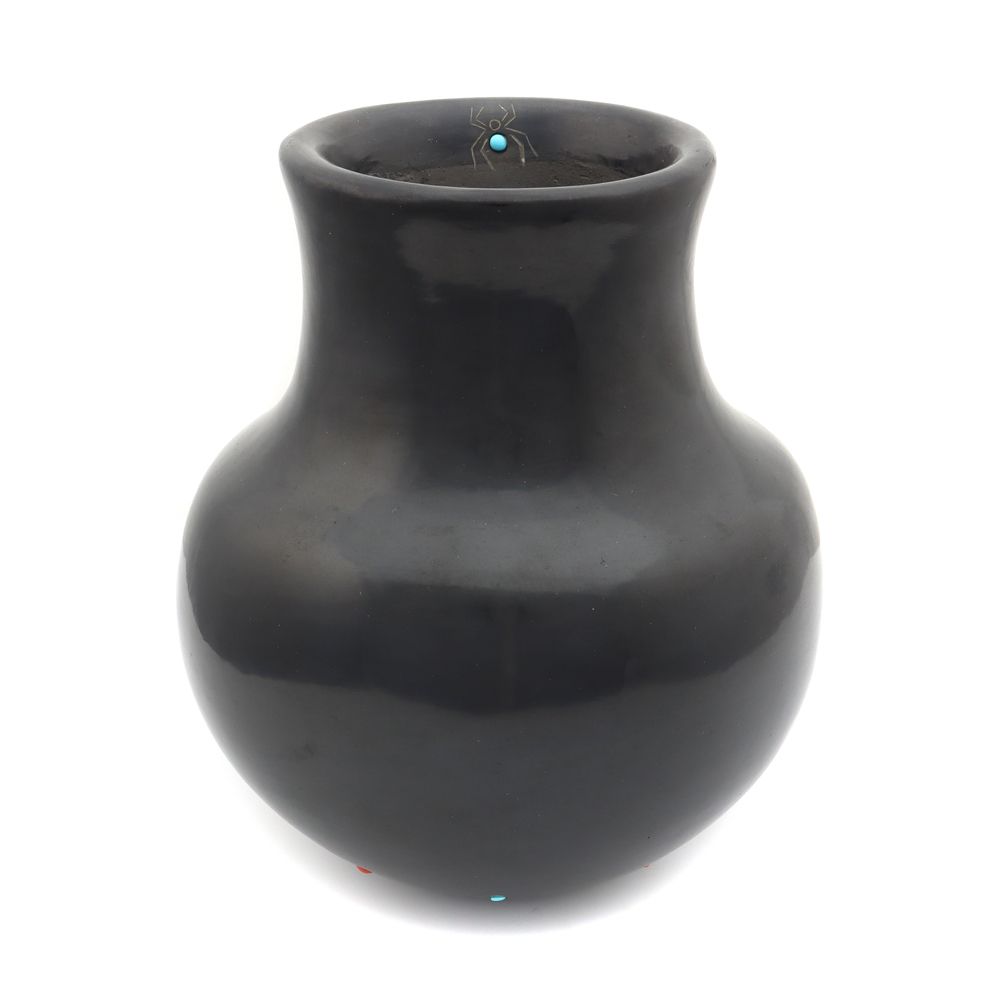