A look at collecting Native American baskets made by Apache artisans 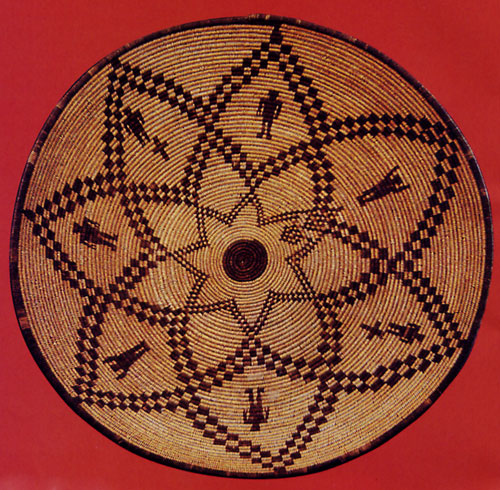 American Indians have long been recognised for their superb artistry and artisanship in a variety of media from textiles to silverwork, pottery and carvings to ceremonial clothing and headdresses. For over 8,000 years, Native Americans have been using baskets in their daily lives - from cradling their babies, storing possessions, preparing their foods and finally, burying their dead. Traditional baskets varied in shapes and sizes according to their needs and to the materials locally available.

The Apache people are a complex group, made up of six sub tribes and organised by three distinct dialect groups, defined by their geographical location. Originating from Canada, the Apache settled in the Plains and Southwest, circa 850 CE and the desert regions of the Great Basin, Sonoran and Chihuachuan. Today, there are 13 tribes: Arizona (5); New Mexico (5); Oklahoma (3). Although the tribes now live on reservations managing their own affairs, before being overwhelmed by European settlers the Apache were hunter/gatherers who supplemented their needs by trade, or when necessary, by raids. 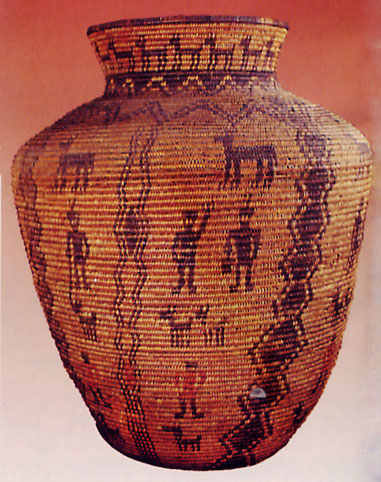 Value is determined by beauty, a complex mix of qualities that are subjective and objective, as variable as their shapes and materials.
The material from which a basket is made determines its design and colour, as well as which technique - plaiting, twining or coiling - is used to produce it. Fibres include stripped branches of shrubs - especially willow branches, straw, bark, grass, roots, pine needles and rushes - in fact, any strong, slender pliable vegetable fibres. These are well tended, gathered at the proper time and then peeled, shaped, aged, softened and trimmed to size, which is necessary before starting to make a basket. Yucca root yields deep red.  Sharp-thorned devil’s claw produces highly desirable brown to black for "negative designs." Willow shoots are originally white, but age through to yellow from oxidation from sun and air.

The Apache women in the American Southwest are famed for their coiled basketry. These traditional weavers fashion coiled baskets by arranging two, three or five rods of bundled grass, shoots or shredded fibres in continual spirals, much like coiled pottery. As they stitch one coil to the next, the basket spirals outwards or upwards as sides grow. This coiled technique produces hard, stiff, sturdy baskets and its stitching is a decorative element. Mescalero Apaches, based in New Mexico, create flat, three-rod, vertically stacked coiled baskets with yucca, producing simple geometric designs. Western Apaches, most of who live within Arizona, traditionally create baskets from three-rod coils. 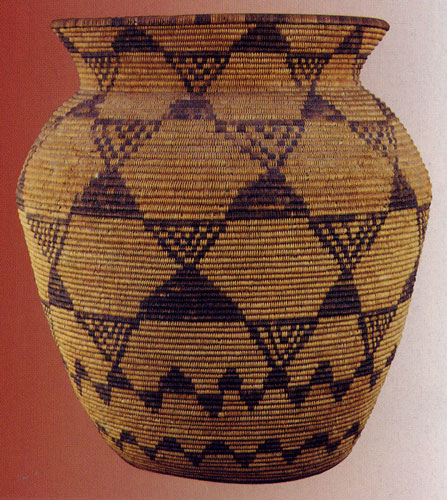 Apache trays were used to winnow grains and serve food, and range from flat to slightly bowl-shaped. Many feature figures, generally horses, dogs or people, in polychrome shades of red, black and yellow. Apache ollas are round deep baskets for storing grain once the tribes were less nomadic. Well-balanced ollas, with proportional mouths, rounded bodies and necks remain highly collectable, even new ones. Apache bowls are generally oval, or resemble ollas or rounded trays. 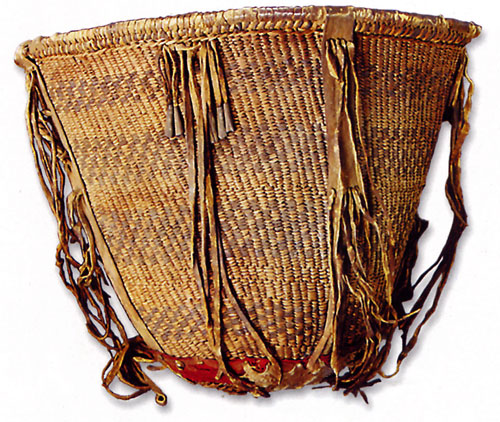 Burden baskets, with which Apache women originally used to haul loads of firewood, food or personal belongings on their backs, are the most traditional type of Apache basket. Most are conical and finished with dangling raw skin straps tipped with green or yellow tin tinkling tassels, to scare off cougars and snakes in the lands, and traditionally they alerted son-in-laws of their mother-in-laws’ approach. Being in constant use, few remain in good condition.

Few artisans are willing to devote so much time to this demanding art today so most Apache baskets that are currently on the market date from the late 1800s through the 1930s. Many are acquired from original owners or their families. Naturally, as time goes by, they are becoming increasingly scarce and more collectable. Rare examples will command many hundreds of thousands to several thousands of dollars for fine 19th century examples. There are affordable baskets in the low hundreds. Value is determined by beauty, a complex mix of qualities that are subjective and objective, as variable as their shapes and materials. 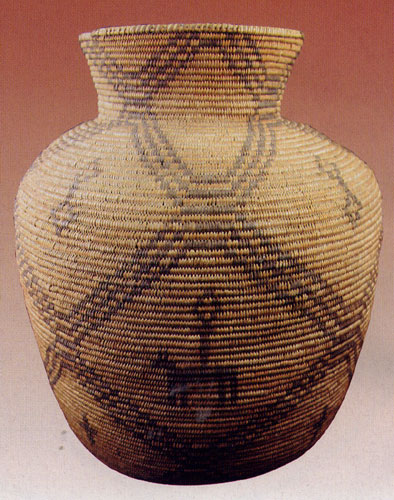 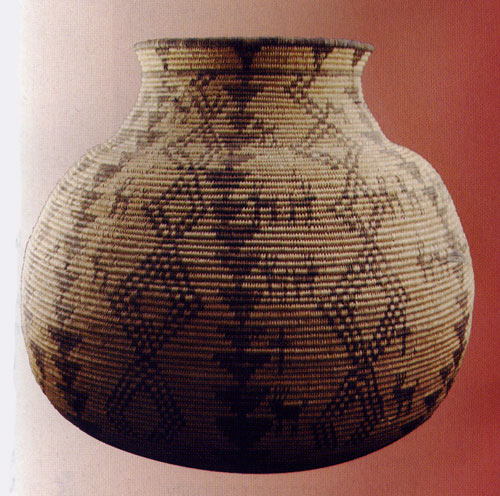 Age is determined by the family provenance and indicated by the patina of the raw materials and methods used, and signs of use. Stitch counts, with finer stitches or more complicated patterns, are worth more. Physical condition of a basket contributes to its value, whether pristine or work-worn. Aesthetic qualities that determine value include its raw materials, size, quality of design and colours. Ultimately, the artistic skill of its creator, the length of time needed for its creation, and its reflection of tribal tradition hold value above the physical attributes.