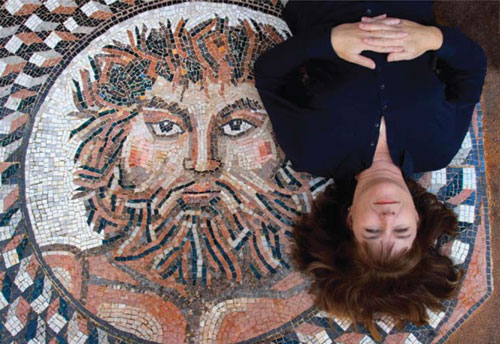 Mosaic art has ancient roots and a rich cultural heritage. I spent many years living around the Mediterranean and the Middle East absorbing this beautiful “lost art”. For the last 12 years, I have focused on the Greco-Roman style that was very popular 2000 years ago. In the summer of 2007 I attended a lecture presented by Dr. Mark Sublette on Navajo textiles. I was overwhelmed by the beauty of the patterns and by the similiarity they held to the patterns of the ancient world; the patterns I was already so familiar with. This headed me in a new direction of translating these textile patterns into either marble or pebble mosaics.

Marble: I work with marble because of the beauty of the stone, its natural coloring and its durability. It has the dual role of being both decorative and functional. A marble “rug” can be used as flooring, a wall hanging or a table. The process is very intensive and requires many steps. I handcut each piece of marble to make the design more detailed. The procedure I use also insures that the piece is flat for walking on.

Pebbles: I also design and execute large pebble mosaic floors and walls. I use smooth river rock, on its side, to create tight geometric or undulating patterns. This is also an ancient technique dating back to Classical Greece. The pebbles are particularly suited to the outdoors and are used for covering large areas in patterns. 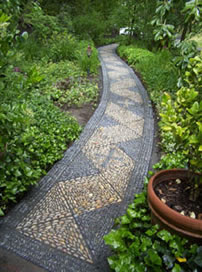 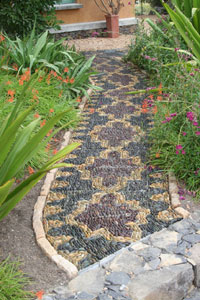 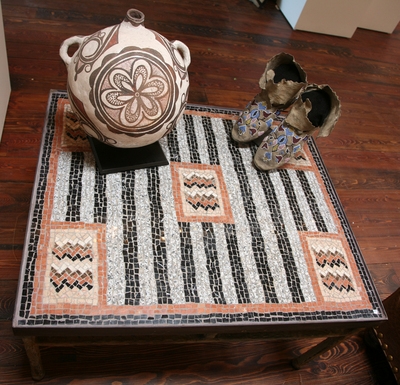 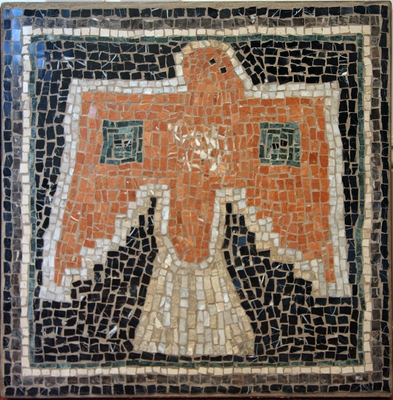 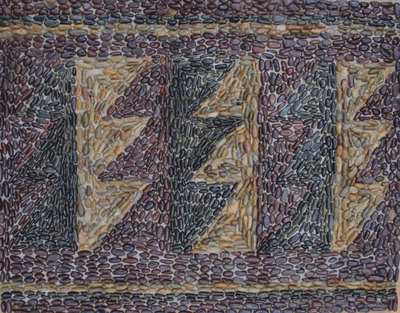 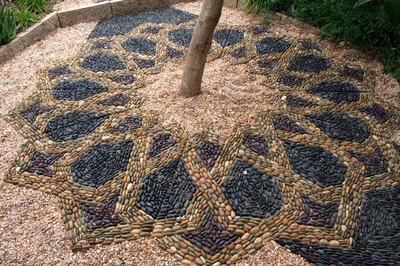 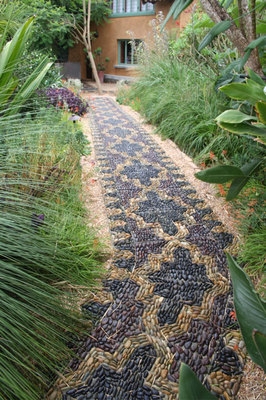