Award-winning, Navajo jeweler Alfred Joe was born in Winslow, Arizona to Rose Ann and Robert Joe. Alfred learned silversmithing from his uncle Colbert Joe, at a young age. He also went on to attend college at Northern Arizona University, in Flagstaff.

In 1972, Alfred Joe was making some of the finest chip inlay jewelry available at the time. His uncle Colbert Joe encouraged him to pursue more traditional designs. During the 1970s, he worked in his family’s silver shop in Winslow, Arizona, called “Little Squash” (which is the family’s nickname for the oldest son). When silver prices skyrocketed, the shop had to close, and this allowed Alfred to concentrate more on his jewelry making.

Alfred Joe is known for his graceful, traditional designs, with a contemporary edge. He uses shadowbox techniques as well as stamping and overlay. Gem grade turquoise stones from mines such as, Carico Lake, Lander, Bisbee, Morenci and more, are used in his pieces, in addition to Mediterranean red corral and Lapis. A technique used in creating his signature rug bracelets is a silver dust overlay process that provides a level of contrast and texture to the pieces. Working in both silver and gold, his two-sided pendants are highly prized for their magnificent, gem-quality stones and elegant craftsmanship.

Since 1972, Alfred Joe has won every major award bestowed in his field. Some of these include:

Alfred Joe taught his son Bryan, and his grandson Derrick Joe, as well as his brother Larry Joe, the skills for jewelry making. Alfred currently lives in Winslow, AZ, where he produces jewelry every day. 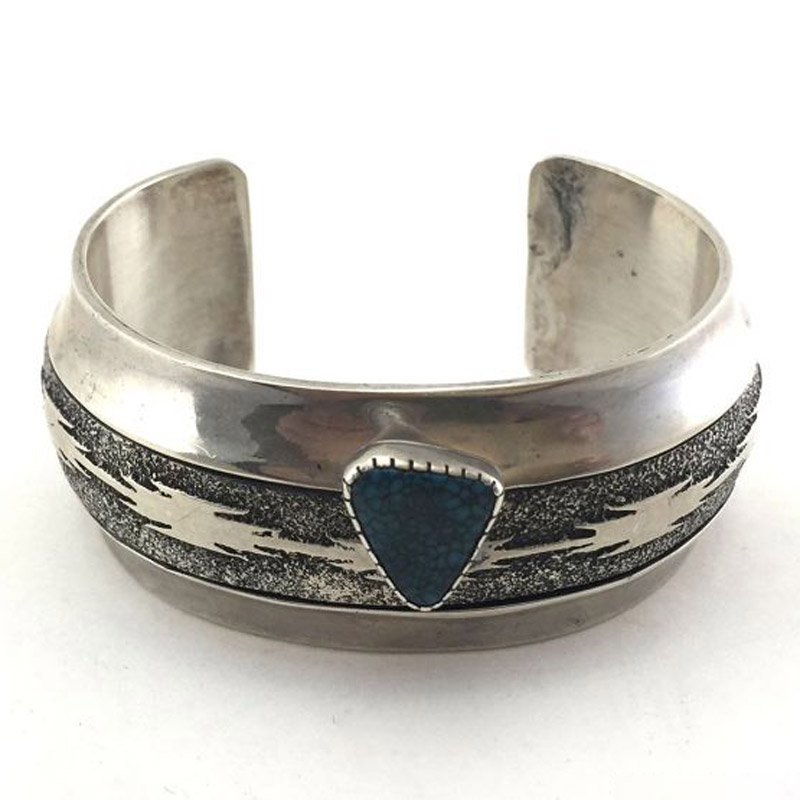