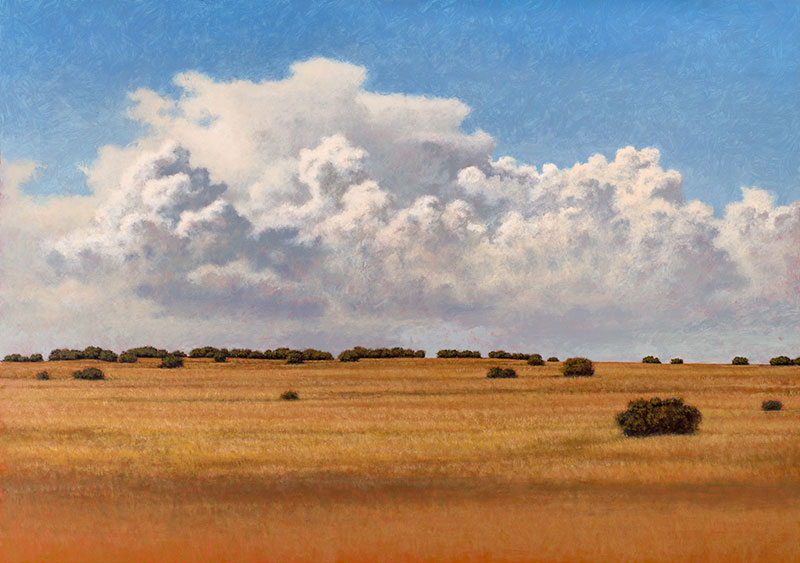 Jeff Aeling easily quotes from memory a passage from Ralph Waldo Emerson's The Conduct of Life, "But Nature is no sentimentalist-does not cosset or pamper us. We must see the world is rough and surly, and will not mind drowning a man or a woman; but swallows your ship like a grain of dust." He notes that in Europe, nature and the processes of nature were seen as adversaries to man. "Emerson's idea was about the hugeness of nature and its lack of interest in what human beings do," he observes. "Nineteenth-century landscape painters in America like Church and Cole, whom I admire, still had a European view and their paintings are didactic. There is a human presence or hints in the foreground that are instructive about how you should see the scene. 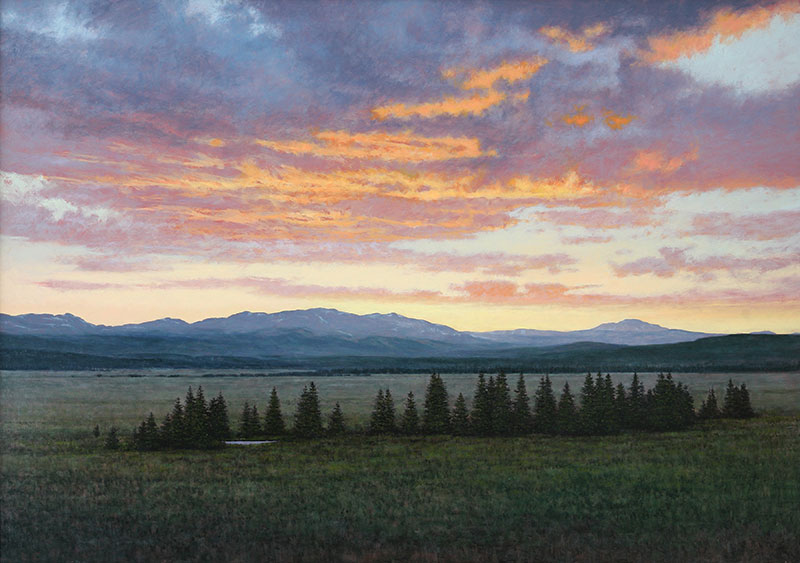 "John Frederick Kensett would just show you the scene without any comment. I imagine he thought it needs no comment. His paintings are remarkably contemporary looking," he continues. "There's a starkness, a sparseness, an austere aesthetic quality that's almost minimalist with anything inessential stripped away. He looks for the elemental qualities in forms and formal relationships.

"My painting Twilight in the Galisteo Basin, NM, is of a place I return to paint often," he explains. "When you find a place that gives you that sense of everything you're looking for you go back over and over again. The Galisteo Basin has all the elements-ancient villages, elevation, and a sense of a long geologic process from volcanic activity to shifting tectonic plates. It also shows all the signs of the weather that has moved over it, the sensation of clouds and falling rain and the drainage of water that has eroded land that's been there for millions of years. You really see a connection between the air and the ground." 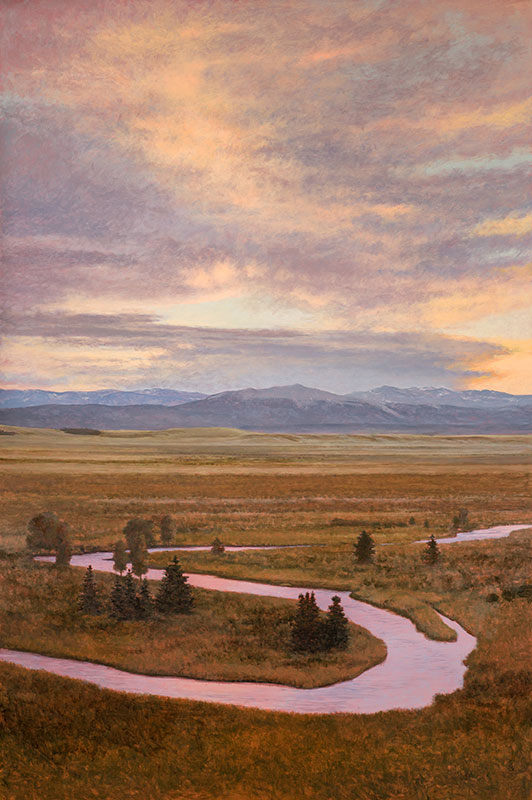 Aeling is "attracted to extremes, more interested in the light quality at times of maximum transition, when it's moving and changing rapidly as in the last hour of light.

"All the process that you see in nature are at work in yourself simultaneously," he says. "The spiral shape of the cochlea in your inner ear shows up in every scale. When subatomic particles collide the bounce off in a spiral, for instance. There's the same spiral form in galaxies hundreds of thousands of light years across.

"The more you learn what nature is actually like the more you will find it endlessly interesting," Aeling adds.

The exhibition Jeff Aeling: New Work will be shown at Mark Sublette Medicine Man Gallery in Tucson, Arizona, December 12 through 27. 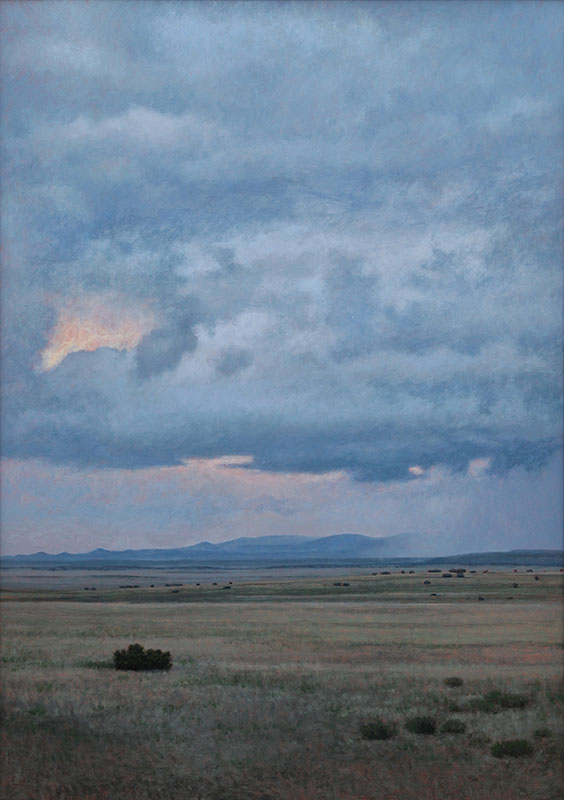